Hubspot’s massive 3,600-marketer study on the state of inbound marketing shows that blogging is quite possibly the most important thing a performance marketer can do.

The only problem? Proving ROI is still a challenge.

“Blog, blog, blog, blog,” said report author Joe Chernov when I asked him what inbound marketing techniques had the biggest return on investment. “In fact, companies that are prioritizing blogging are 13 times more likely to be increasing ROI year-over-year.”

Today Hubspot releases its massive 53-page report on the state of inbound — inbound marketing, inbound sales, and even inbound customer service. According to the report, 82 percent of marketers are now using inbound tactics. 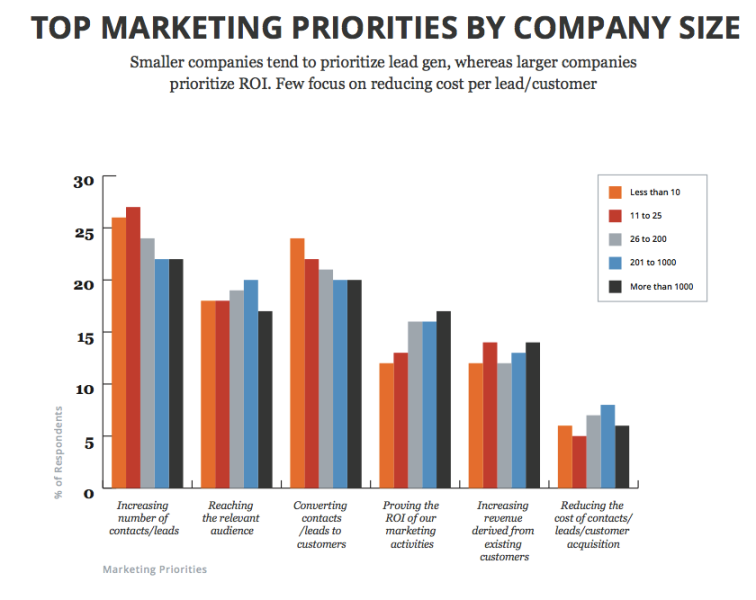 Interestingly, while marketers said that proving ROI was one of the most critical things to unlocking future budget increases, they also said it was the hardest thing to do … and ranked it last on the priority list.  That’s at least partly due to the still-confusing alphabet soup proliferation of hard-to combine marketing tech tools.

“Marketers consistently responded that it’s hard to select different tools and stitch together those tools,” he told me. “And when they do the result is not what they expect.”

Hard or not, ROI is one of the report’s six key findings:

For marketers who figure it out, the ROI equation is magical.

“I think there is a virtuous cycle in marketing,” Chernov told me. “You measure ROI, over-indexing for top-of-funnel content (such as blogs, social media, and SEO), you establish an agreement with sales, and rinse, lather, and repeat.”

“That’s the key to getting the budget you need to succeed, getting the leads you need to drive ROI, and getting the proof of ROI,” he added. “Then you just re-prove your ROI and unlock budget again and again.” 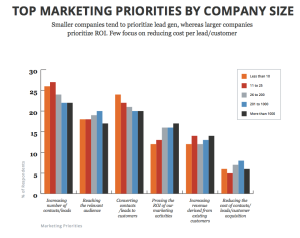 One surprise in the report is the relative lack of the mention of mobile. Chernov says that’s at least partially his fault, as it didn’t feature prominently in the survey. But only one marketer out of the almost 3,600 respondents even mentioned mobile in a comment — surprising given how quickly mobile is growing everywhere.

Perhaps it’s not as clear how to do inbound marketing on mobile as it is on the web — even though we’re all consuming content on mobile daily and hourly. Perhaps that’s because marketers are thinking apps when they think mobile, and having a freemium app or an interactive tool, as Chernov mentioned, is harder work than simply blogging.

One important thing for inbound marketers: establish a service level agreement with sales.

Marketers who talk to sales and establish how many leads they’ll send over, and what quality of leaders, and what sales will do with those leads in which time, get better results, the study says. “When the CEO sees that these two groups are functional equals, and they’re measuring themselves and holding themselves accountable for the growth of the business … that starts unlocking purse strings,” Chernov says.