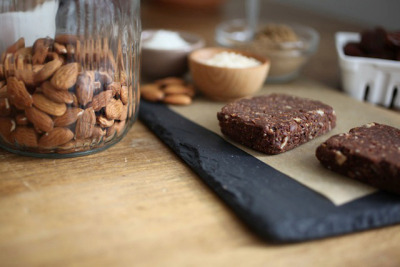 Cookies made out of crickets are great for productivity, and efficiency guru Tim Ferriss is joining in on a million-dollar bet on their future.

Traditional office snacks can be a productivity killer. Bins of sugary granola bars and sweetened drinks have nasty effects on blood sugar and cognitive focus. Last year, I reviewed a rather interesting alternative that packed protein and healthy sweeteners into an office snack: Exo, the cricket-based cookie (or, as Exo prefers to call it, a “bar”).

Unlike the typical office snack, the Exo squares didn’t raise my blood sugar (which I measured with a glucometer). It wasn’t the tastiest snack I’d ever eaten, but the delightful mix of cricket protein, dates, cocoa, coconut, and almond butter, pressed together into a roughly squarish slab, didn’t leave me feeling sluggish — which is far more valuable than satisfying my mid-afternoon sweet tooth.

I’m a tad bit of health nut, so I wasn’t sure if Exo’s Kickstarter project was going to excite a mainstream audience. But Exo has raised $1.2 million in funding to expand its vision of a global cricket takeover with noted health author, Tim Ferriss.

“Our goal is to make insect protein mainstream. As a first step, and to lower the psychological hurdle, we’ve created a range of delicious and healthful protein bars,” said Exo’s co-CEO, Gabi Lewis.

The round is led by Collaborative Fund, a new investment group for seeding small social-good startups (such as Lyft and Kickstarter). Tim Ferriss was a part of a syndicate round from AngelList that raised $250,000.

The Silicon Valley elite are mildly obsessed with finding environmentally friendly proteins. Larry Page, Bill Gates, and two of Twitter’s co-founders are all funding synthesized meat substitutes. But it turns out that one of the most abundant creatures on earth, insects, may in fact be the hidden gem of alternative proteins.

Crickets are interesting for two reasons. First, they’re not part of a mammal-based food system that destroys the environment. For environmental folks or flexible vegetarians, this may be an appealing feature.

For me, the most appealing fact is the healthy protein. Most protein bars have the nutritional profile of a Snickers. Even the popular Clif bars, which feature a picture of a mountain climber on the package, are loaded with refined sugar. Kind bars are no better, as they’re coated with the very sugary agave nectar.

But Exo products are loaded with honey, dates, and healthy fats from almonds and coconut. I suspect this is why they don’t raise my blood sugar.

Will the masses be turned off by pulverized crickets? Lewis thinks not. “There’s a long list of foods that have successfully made this transition from obscurity to ubiquity such as greek yogurt, kombucha, sushi, and lobster,” he said.

A million dollars is a first, but small step, in nudging the masses towards healthier protein. With all food all the rage, it may just catch on.