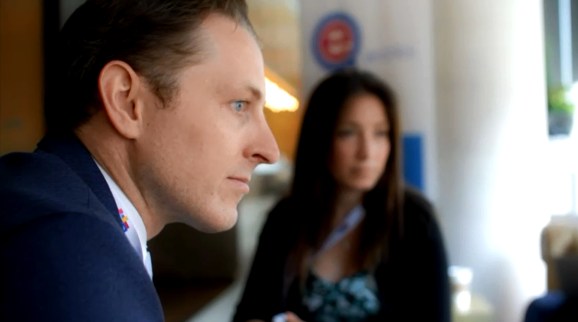 Twitter and a Canadian startup have partnered in a bid to eliminate disparate channels in native mobile advertising and create a true one-stop shop for clients looking to deploy precision mobile ad campaigns.

Toronto-based Juice Mobile came out of the shadows on Wednesday and made public its partnership with Twitter-owned MoPub, which the microblogging heavyweight purchased last September for $350 million. Behind the scenes, the two have been working quietly together to maximize mobile ad campaign buying and deployment. Now the relationship is public.

The mobile space is changing rapidly, and the Juice Mobile and MoPub partnership bears watching. That’s because Juice Mobile does three things simultaneously where many mobile ad players do just one.

In other words, Juice Mobile creates a bridge between seller and user.

“What are you trying to do in mobile? And by the way, we do all these things holistically for the entire campaign,” Juice chief executive Neil Sweeney told VentureBeat Wednesday.

The partnership will allow synergistic fusion between Juice Mobile and MoPub in all facets of mobile advertising. To be sure, the alliance is a powerful one and will undoubtedly appeal to big brands, such as Coca-Cola and Southwest Airlines, which are just getting comfortable spending big cash on mobile ad campaigns.

Indeed, MoPub was a killer acquisition for Twitter, as the microblogging titans cautiously move away from desktop and embrace a mobile future where more users are logging in through smartphones and tablets.

MoPub boasts that it’s one of the bigger mobile ad servers on the planet. MoPub helps publishers and advertisers manage their mobile campaigns. Its large client base includes OpenTable and WordPress.

“This is an evolution of an ongoing relationship we’ve had with them for a while now,” Sweeney said.

To be sure, mobile advertising is going native, and citing IPG Media Labs, Juice Mobile said consumers will spend 53 percent more time looking at native mobile advertisements than standard text and image banner ads. People, in other words, like to look at things that move and draw them in.

Recognizing this at the outset is what drove, in part, the partnership between Juice Mobile and MoPub.

As for Sweeney, he runs his 70-person outfit on a platform of transparency. This, he said, appeals greatly to small and big advertisers and brands who want to track campaign performance in real time — and the option to tweak the deployment if the downloads just aren’t happening.

And perhaps best of all, Sweeney bootstrapped Juice Mobile with his own cash. That means he’s not beholden to venture capitalists.

“We’ve had 100 percent growth the last four years,” he said.