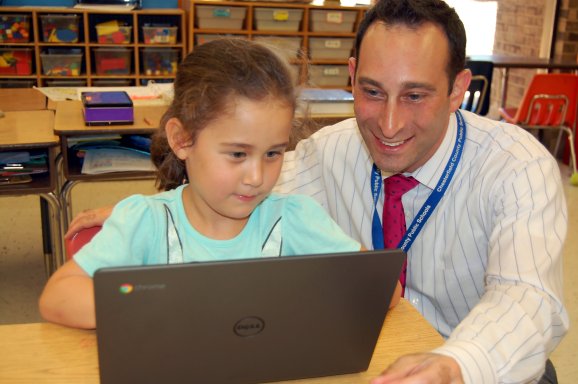 CK-12 co-founder Neeru Khosla and Clever’s Tyler Bosmeny are out to save the American public school system.

And they’re doing it with free software and tools.

Khosla, of course, is the head of tech-centric education non-profit CK-12, co-founded and backed by her billionaire husband, venture capitalist Vinod Khosla. And Bosmeny is the co-founder of Clever, a San Francisco-based startup that helps schools adapt and deploy new software standards.

Together, the duo are looking to bust through the American public school log jam and give away ed tech software to help kids get a leg up. Indeed, the launch benefactor of their endeavor is the 60,000-student Chesterfield County School District outside Richmond, Virginia.

There, Khosla and Bosmeny have introduced a pilot program by giving away free content and free platforms, all in the name of making the flagging U.S. public school system a contender once again. 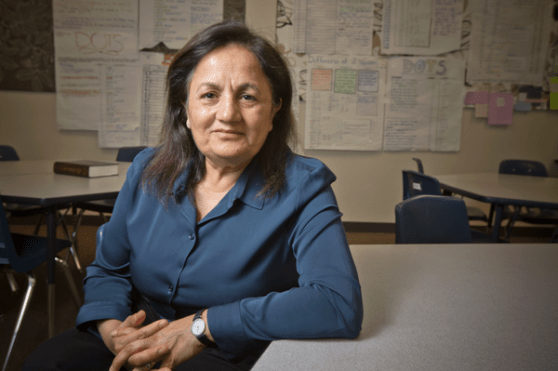 To be sure, the cause is a noble one. And one certain to disrupt the existing relationships (and expensive software contracts) thousands of school districts have with players like Pearson, Schoolnet, and Microsoft for example. It is a challenge the straight-talking Khosla relishes. And with an obvious passion, and no-nonsense approach, Khosla and Bosmeny stand the chance of changing the public school paradigm with technology.

“There are many organizations that are free like ours, and we don’t really have the bandwidth to create end-to-end offerings or platforms that will take care of every single need of every single district, school, or teacher,” Khosla said.

“So partnering together really is a sweet spot for both of us. What we’re brining into this partnership is badly needed tools,” she said.

CK-12 has 30 employees, most of them engineers, was launched in 2007, and focuses entirely on STEM content. STEM is an acronym for science, technology, engineering and mathematics. CK-12 has created content for middle and high schools in all 50 states, providing teachers with customized learning tools to fit specific classes or individual student needs. And to be sure, Khosla works directly with teachers in her attempt to improve what it is CK-12 produces — and gives away.

U.S. public schools have gone through a sea change in the kinds of software and apps used in the classroom over the last five years alone, a number that has exploded as new software offerings come on line. What this creates, the duo argue, is an ecosystem with disparate products, overlap, and, ultimately, waste.

“A couple of years ago schools told us we only use two or three applications in our districts,” Bosmeny said. “Now they’re using five or 10, and it’s very clear they live in a world where they want to use 15 or 20. But they don’t have the capacity to deal with all of that.”

“As our students embark upon one of the largest Chromebook digital initiatives in the US, with over 33,000 Chromebooks for all of middle and high school students, we have made student access to a number of web-based applications available in a few clicks with Clever’s instant login feature,” for example, Seldow said.

Seldow pointed out that classes in his district use a single-sign-on dashboard for many of the district’s web-based resources, and using Clever’s platform allows account creation, management ,and data linking between students and teachers with a one-click login process.

“Within a minute, we provided CK-12 access to all of our 59,000 students and 4,200 teachers. Within the first two weeks of school, 60 out of 62 schools were using CK-12 to deliver supplemental resources to students, and to allow them to create and consume custom textbooks or “Flexbooks,” Seldow said.

In fact, when CK-12 was formed, and Khosla began hitting the pavement, her earnestness to change the educational landscape and the toolbox she carried with her, was met with blank stares and wariness by teachers and school administrators used to the status quo.

“So, yes, it’s true, I actually feel people did not think that an entity like us, with only about eight years of experience, could create the kind of learning opportunities that we have. They just didn’t believe it. So they ignored us for a long time. And then suddenly, I started seeing people kind of listening to what I was saying,” Khosla said.

One of the more interesting facets of the partnership between CK-12 and Clever is that the former is purely a non-profit while the later is out to make money. Khosla and Bosmeny insist that the integration of their business models has been smooth because the ultimate objectives, they said, is to introduce change.

“I think its a crime that kids in K-12 don’t have access to good content to learn from. I mean, who wants to learn from a textbook they cannot understand? There’s so much potential with technology, and it’s just a start. In the next three to five years, you’re going to see amazing stuff start coming out,” Khosla said.