Intel has invested $1.5 billion in Tsinghua Unigroup, a state-owned holding company that operates two Chinese chip manufacturers, as part of a plan to accelerate the adoption of Intel’s own chips in the Chinese market.

The world’s biggest chip maker said it would take a 20 percent stake of Tsinghua Unigroup, the owner of Spreadtrum Communications and RDA Microelectronics. The deal is subject to regulatory approvals and other closing conditions. 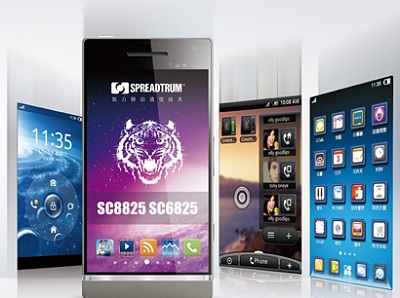 Intel said the goal of the agreements is to expand the adoption of Intel-based mobile devices in China. The Chinese companies will jointly develop mobile phone technologies based on Intel architecture. Intel has set a goal of selling 40 million Intel-based tablet and smartphone chips in 2014, and it no doubt plans to increase that in 2015. This deal is one way that the company is going to accomplish that. In other words, it is buying market share.

An Intel spokesman put it more diplomatically. He said, “This collaboration and investment will also enhance our ability to support a wider range of mobile customers in China and the rest of the world by more quickly delivering a broader portfolio of Intel architecture and communications technology solutions.”

Spreadtrum and RDA are “fabless” chip design firms, which means they design chips that are manufactured by others. They create chips for smartphones, feature phones, and other consumer electronics devices.

“China is now the largest consumption market for smartphones and has the largest number of Internet users in the world,” said Brian Krzanich, Intel CEO, in a statement. “These agreements with Tsinghua Unigroup underscore Intel’s 29-year-long history of investing in and working in China.”

Zhao Weiguo, chairman and president of Tsinghua Unigroup, added in a statement, “It has become a national priority of China to grow its semiconductor industry. The strategic collaboration between Tsinghua Unigroup and Intel ranges from design and development to marketing and equity investments, which demonstrate Intel’s confidence in the Chinese market and strong commitment to the Chinese semiconductor industry, which will accelerate the technology development and further strengthen the competitiveness and market position of Chinese semiconductor companies.”

Under the deal, Spreadtrum will create and sell a family of Intel-based system-on-chips. Those chips will be available in the second half of 2015, and they will be sold by both Intel and Spreadtrum.

“The adoption of Intel’s architecture technology will enable us to accelerate the development of mobile SoCs that expand the breadth of our portfolio, benefiting handset makers addressing both China and the global market,” said Leo Li, chairman and CEO of Spreadtrum, in a statement. “We are pleased to embark on collaboration with Intel around these new product offerings.”

The companies expect Intel’s investment to close in early 2015.