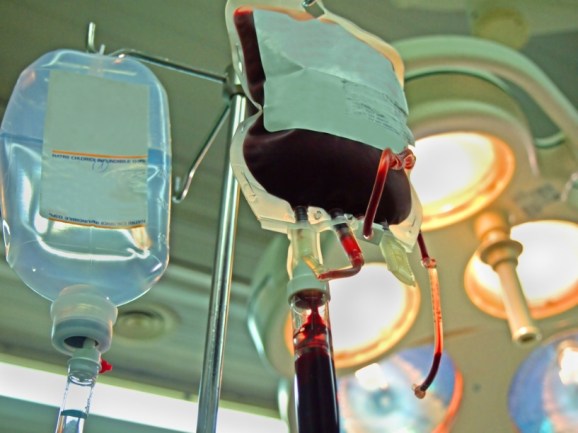 In a Bloomberg TV segment that aired Tuesday, I found myself part of a hallelujah chorus praising the pending spinoff of PayPal from eBay. But when it came time to talk about the payment company’s new leadership, Bloomberg’s Cory Johnson and I had a brief but pointed on-air disagreement over the selection of American Express executive Daniel Schulman.

With no disrespect to Schulman, I questioned eBay’s reasoning in hiring a candidate from a large financial conglomerate like Amex who previously had stints at AT&T and Sprint and was the founding CEO of Virgin Mobile. Telecom companies and giant banks are not exactly fonts of software innovation. And innovation is what PayPal needs right now.

PayPal’s position at the top of the online payments heap is tenuous. Apple recently entered the payments fray, and Google continues to invest aggressively in its wallet product. And don’t forget about the bevy of startups like Square, Stripe, and Dwolla. In an interview with the New York Times, outgoing eBay CEO John Donahoe acknowledged as much, saying, “the pace of change accelerated over the past six months.”

The pressure isn’t just coming from the competition. The perception that PayPal is no longer a cutting-edge tech company has trickled down into the job market, too. According to Jason Del Rey’s article in Re/code, the company is having a hard time attracting top-tier job candidates:

“Based on conversations with people who work in the payments game, PayPal rarely ranks at the top of wish lists that top talent wants to work for, despite generating $6.6 billion in revenue last year and growing at a rate of 20 percent annually. Part of the reason is that after 12 years as an eBay subsidiary, PayPal is no longer seen as an innovator.”

This stagnation didn’t happen overnight—it was the gradual byproduct of PayPal being bought by eBay in 2002. While the acquisition made business sense given that eBay-hosted transactions accounted for over half of PayPal’s business at the time, it came at a cost. eBay’s bureaucratic culture was gradually imported over to PayPal, and the same product stagnation that’s plagued the auction marketplace for over a decade eventually spread to its subsidiary.

As I documented at length in The PayPal Wars, as soon as the deal was struck, PayPal’s employees found themselves in a world of endless meetings and voluminous PowerPoint slides. Meg Whitman’s company moved slowly as decision-making was bogged down in committees that grew in size by the day. Fed up with their own dysfunctional culture, many of eBay’s employees sought transfers en masse over to PayPal, perceiving it as a more functional environment where execution trumped politics.

Fast forward 12 years, and it’s clear now that PayPal suffers from the same sclerosis as eBay. Everyone from shareholder activists to eBay’s CEO now acknowledges that a lack of innovation in a radically shifting marketplace is the root of PayPal’s problems. Which makes it hard to see how hiring an AmEx executive with a background in telecom is the solution.

PayPal needs to be run like a startup again. Or, to be more precise, it needs to be run like a big, aggressive, Facebook-style startup that moves fast, cuts deals, and focuses on massively improving its product. And it will have the financial resources to do it. Even if you don’t believe that PayPal will have a $100 billion market cap, it’s not too much of a stretch to assume it will be worth at least 40-50% of eBay’s current $65 billion valuation.

But money isn’t enough. PayPal needs a Zuckerberg-like focus on product development and innovation to make this work.

One solution staring eBay’s board in the face is radically simple. To secure PayPal’s future, look to PayPal’s past. PayPal has produced one of the most accomplished alumni groups of any startup in recent history. Reach out to people like Peter Thiel, Max Levchin, David Sacks, and Elon Musk to see if they’d be willing to join PayPal’s board or somehow get involved. (Disclosure: Thiel and Sacks are investors in my company, CapLinked.)

Obviously there are many other successful tech entrepreneurs in Silicon Valley who could be recruited to help an independent PayPal rediscover its mojo. Now that Schulman is the heir in waiting, it’s his responsibility to assemble a leadership team that can do this.

Eric M. Jackson is the CEO and co-founder of CapLinked, an online platform for managing complex business transactions such as mergers and financings. He was PayPal’s first senior director of U.S. marketing and wrote the award-winning book The PayPal Wars.