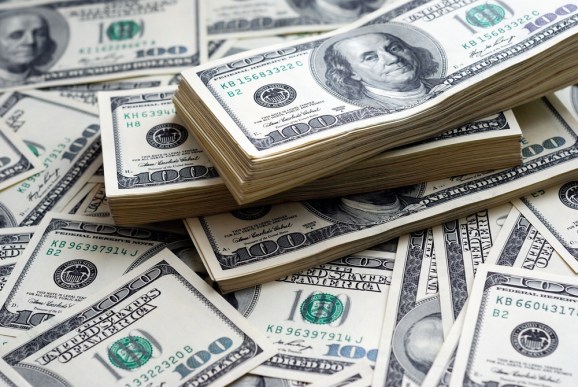 A couple of discussions related to our portfolio companies last week led to me write this blog post. The timing could not have been better, since there have recently been some great posts related to this topic from Jamie McGurk and Stephen McDermid at Andreessen Horowitz, and from Fred Wilson at Union Square.

I’m writing this from my recent experiences both as a serial entrepreneur and as an investor at a seed-stage fund, which is typically a sub-$100 million fund.

First, I agree with the emphasis on the importance of burn rate from Bill Gurley and Fred Wilson that generated some buzz a few weeks ago.

Second, for a venture capitalist (defined for this post as $150+ million funds) like Fred Wilson, it is true when he says, “Valuations can be fixed. You can do a down round, or three or four flat ones, until you get the price right.” Valuations can be corrected – but at the seed stage, the cost of a wrong valuation is much greater. It can mean the death of a company, or a down round that leads to the changing of the management team.

While I tell entrepreneurs and our portfolio companies not to overthink valuation, you should be an informed decision maker and have some basic information to make the best choices for yourself and your company.

Baseline Questions to Ask Yourself

How much capital do you really need to last you 18 months? Will this amount easily allow you to hit milestones to raise your Series A? After an entrepreneur has answered these questions, I tell them to add 30% as buffer, since something always goes wrong or is delayed.

Whether it’s a lead investor who sets your valuation or it’s a “party round” where an entrepreneur sets the valuation, the founders have to ask: Is the valuation fair? Is it optimized for you, as a founder, but realistic enough to allow you to close your next round?

To provide some guidance especially for first-time entrepreneurs, here are a few scenarios to make the conversation easier.

If you’re launching an online gaming company and you calculate that the company only needs $1 million in funding for its seed round because it just signed a $4 million publishing deal, then a $10 million pre-money valuation seems reasonable.

If you’re an ecommerce startup raising $1 million in a competitive vertical with high customer acquisition costs, then a $10 million pre-money valuation target is pretty risky.

Fundraising is just a step towards success and growing your company, so be thoughtful about not placing your company in situations that can quickly lead the company down a road to failure. For the e-commerce startup, maybe $6 million pre-money seems safer and allows you to hit attractive milestones to raise a $12 million pre-money valuation, and then after this round you can go for your massive Series B round.

Another example to help you think about valuation is, if you have a pre-money valuation of $15 million and raised $2 million, is this $2 million enough to allow you to close a Series A? Whatever industry you are in, can you take $2 million and create enough value to close your Series A at at least a $25M pre-money valuation? That is a lot of pressure I don’t wish on any entrepreneur. Some entrepreneurs like to play chicken on the road and come out like Vin Diesel, but in most situations it ends badly.

The Problems of Raising Too Much or Too Little Capital

Some startups need a minimum amount of capital to take off, while others do not. An entrepreneur’s problem can be raising too little or too much capital. During my second startup in 2000, which was during the first Internet boom when money was flowing easier than today, we raised $7 million as our first round – and I would describe that experience as “big rounds are like crack for entrepreneurs,” which typically ends in disaster. Money burns quicker than most entrepreneurs think. It’s not paper, it’s paper soaked in gasoline. Luckily, while facing bankruptcy, we closed an additional $7.5 million and the company became profitable – but not without a lot of pain and sorrow.

When I was trying to launch one startup idea a few years ago, I studied the market and calculated how much our team needed as a minimum. If we raised any less than $3 million, it would have been what I called “funding to fail.” During this process, I passed on an offer for $2 million at a decent valuation because it wouldn’t have been enough. I also passed on an offer for $5 million, as it was for about 50% of the company. This investor didn’t understand that I didn’t quit my job to become another employee. I eventually shut the doors on this effort since I couldn’t close at my minimum target. The market proved my thesis to be correct, since there were at least three startups in that same space that raised less than $2 million and they all closed their doors within two years.

One issue the partners at SparkLabs Global Ventures encounter with some founders is the founders’ lack of knowledge around their customer acquisition costs.

Every entrepreneur hopes or assumes that their company will grow 1000% annually through viral means and without any marketing spend. Less than 1% of startups are lucky enough to experience such a miracle. Most companies will have to spend wisely and creatively to grow.

Sometimes we encounter entrepreneurs trying to play a tiered valuation game: “If you invest now, you get a deal since we’ll double our valuation in three months for the second half of the round …”

My typical response: “We love your company, but if you do this we won’t invest.”

My preference and our team’s preference was to keep things clean and straightforward. Of course, we’d love it if our valuation doubled immediately if investing in startups were like a game of blackjack – but it’s not. Company building is a marathon, so never think in the short term for your funding rounds, partnerships, or anything related to your operations.

As a real example, one startup CEO offered us a $6 million pre-money valuation as an early investor and said that in three months the valuation would increase to $12 million. I explained that we would pass, but he should think about a couple of points: First, there is no strong justification for this increased value of the company, especially within such a time frame. Second, I told him that strategically it wasn’t wise. Our team has seen this play out several times, where companies underestimate their cash needs, run out of money and can’t raise a bridge round from their existing investors. Why? Because the first set of investors don’t want to put in at the higher valuation, such as $12 million, and the second set of investors realize that they got a worse deal than the first set of investors but the same outcome.

My advice: Keep your round clean and simple. For the example above, it would have been easier if valuation was priced or capped at $8 or $9 million pre-money for all the investors they were bringing in over their fundraising period.

Treat investors and any business partner like you want to be treated.

This is a commonly stated point, but it needs to be repeated. We tell our entrepreneurs that smart money is best and that it’s a no-brainer to take a lower valuation from a top-tier firm versus an unknown one.

Recently, during their Series A fundraising, I told one of our portfolio companies, “If Sequoia gives you a valuation of $15 million versus $25 million from a third-tier firm, is there any question about which you should pick?”

I don’t believe the value that a top-tier venture capital firm brings in terms of advice, mentoring, and network can be overstated for entrepreneurs seeking to build great companies.

Remember that valuation is an art and not a science or an exercise of financial analysis. Don’t overthink or overanalyze your valuation, but do your homework in terms of what your company’s cash needs are at each stage on the road to success.

Finally, never write your desired valuation in your pitch deck or state it to a potential lead. Let potential investors start the valuation negotiations process so you don’t shut the gate before the race begins or potentially create concerns about your wisdom as an entrepreneur. Sometimes stating your target valuation works at the seed stage with party rounds, but definitely do not do this during your Series A raise.

Again, do your homework. Know what the comparable recent raises and valuations have been in your space. Do not throw out random numbers hoping they can stick. Because when it comes to valuation, a swan can become an ugly duckling very quickly with investors.

Bernard Moon is cofounder and General Partner at SparkLabs Global Ventures, a global seed-stage fund, and cofounder of SparkLabs, a startup accelerator in Seoul, Korea.