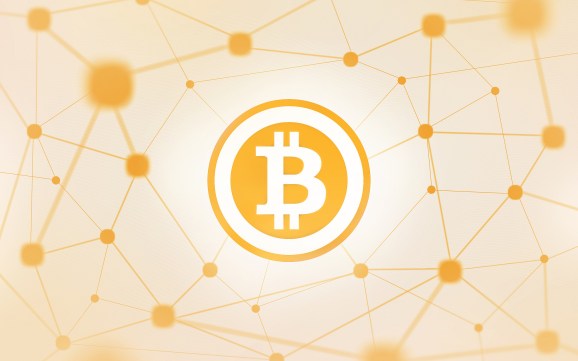 “We’re not seeing a level of investment in Bitcoin that we would otherwise see,” says Dan Gallancy, the chief executive of SolidX. The reason, he says, is that there are a lot of barriers to investing in Bitcoin for the traditional investor.

As a digital asset, Bitcoin needs a different form of security and storage than most investors are used to dealing with. While an individual investor can buy a cache of Bitcoin from an exchange and find a suitable wallet to store it in, its much more difficult for a portfolio manager to navigate the Bitcoin ecosystem on behalf of their investors.

SolidX wants to be the bridge that connects those investors to Bitcoin.

It does that through facilitating total return swaps. For those without an MBA, here’s how a swap would work on SolidX. An investor wants a sum of Bitcoin, let’s say $5 million worth. SolidX will facilitate the transaction, storage, and management of the Bitcoin in exchange for an agreed upon percentage as well as any depreciation that asset incurs. If the price of Bitcoin goes up while the investor has that $5 million Bitcoin swap, the investor gets to keep that gain, minus the fee. But if Bitcoin swap loses value, the investor will have to pay SolidX the difference between the rate the Bitcoin was swapped at and its new, depreciated amount.

SolidX will also take care of Bitcoin storage and security, so investors don’t have to worry about that aspect of the Bitcoin business.

David Lehmann, co-founder at SolidX, says now is the time to strike with investors. This year alone, VCs have invested $191 million dollars in Bitcoin startups, according to Coindesk.

And despite the crash of one of Bitcoin’s biggest exchanges this year, Bitcoin has rebounded and caught the attention of many investors.

“Mt Gox was a bit of scare to them,” said Lehmann.

But when the U.S. Marshals auctioned off a $19 million cache of Bitcoin (seized from the Silk Road) in exchange for cash, it marked a turning point to the investment community, he says. And when investor Tim Draper announced he had bought the auctioned coins, investors saw that as a sign of the asset’s legitimacy.

Now SolidX wants to give investors yet another reason to reconsider the coin.

There are more than 5,000 broker dealers in the U.S, Gallancy tells me. To capitalize on that market, SolidX is using that influx of cash to further develop the company and make sure its up to financial regulation standard to regular swaps.

Gallancy says the company plans to invest in improving regulatory compliance and security.

What’s perhaps most interesting about SolidX is the way it is attempting to bridge traditional finance with Bitcoin. Though there are already investors buying up and trading Bitcoin, the asset has largely operated in parallel with traditional banking systems, rather than as an extension of them. SolidX’s total return swaps may be the first step in bringing Bitcoin into the existing financial network structure.

Jim Pallotta, Red Sea Ventures, Stanley Shopkorn, and Red Swan Ventures particated in the round, which was led by Liberty City Ventures.