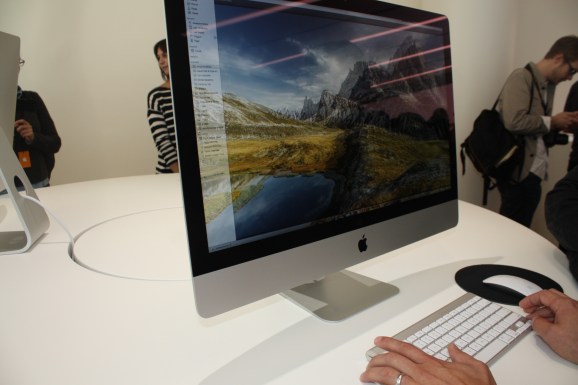 CUPERTINO, Calif. — Apple unleashed a slate of holiday products today, but the 27-inch iMac with a “Retina 5K” display stole the show.

Amid a lot of rumors and hoopla, Apple made the announcement at the company’s Infinite Loop headquarters in Cupertino, Calif. After the press event, I got a good look at the screen, and it’s one of those that you can stare at for a while, like a painting in an art gallery. An Apple employee showed me the desktop computer up close, and it looked like a glossy print photo magazine. He pointed out that in the vast landscape in the scene above, you can see a blade of grass.

The new computers should give Apple a nice bump. In the past year, Mac sales have been up 18 percent, while the larger PC industry shrank 1 percent.

Tim Bajarin, analyst at Creative Strategies, said the 27-inch iMac stood out as the best product that Apple showed today.

“The most impression engineering is the new iMac,” Bajarin said. “This is Apple’s engineering at its best. The fact that they created a special dedicated chip to handle all the pixels. If you’re a graphics professional or a video editor, you’re going to love that product.”

The screen has 5,120 horizontal pixels and 2,880 vertical. Apple calls that a Retina 5K display, making sure that everybody knows it has more resolution and pixels than Ultra HD, the 4K successor to high-definition TV. It will sell for $2,500. Apple noted that a 4K Ultra HD TV costs around $3,000.

It comes with a 3.5-GHz Intel Core i7 processor (upgradable to 4 GHz), 8 gigabytes of random access memory, and a 1 terabyte fusion hard drive. It also has a powerful Radeon R9 M290X graphics card with 3.5 teraflops of graphics compute power and 20 Gb per second Thunderbolt 2 bandwidth. The new iMac can display 14.7 million pixels on the screen at once, about seven times as much as a 1080p HDTV. It was pretty stunning to look at, particularly with display pictures and video. You could see the blemishes on a little boy’s face in a photo, and it was like you were looking at the real kid.

Apple last upgraded its iMac models in this size in 2012. Phil Schiller, Apple’s marketing chief, said at the press conference that Apple’s engineers created a special chip, a time controller, to process all of the data needed to draw the graphics on the giant screens. The screen has an Oxide TFT laye, a new material that enables faster pixel charging and an ability for each pixel to hold a charge longer. It also has “organic passivation, which reduces crosstalk and keeps the image sharp. It uses a new light-emitting diode (LED) backlight that uses 30 percent less energy.

“It is the world’s highest resolution display,” Schiller said. “It is a remarkable feat of engineering.”

Apple started using Retina displays in 2010 with the first iPad, and it has been refining them and making them in many different sizes ever since. 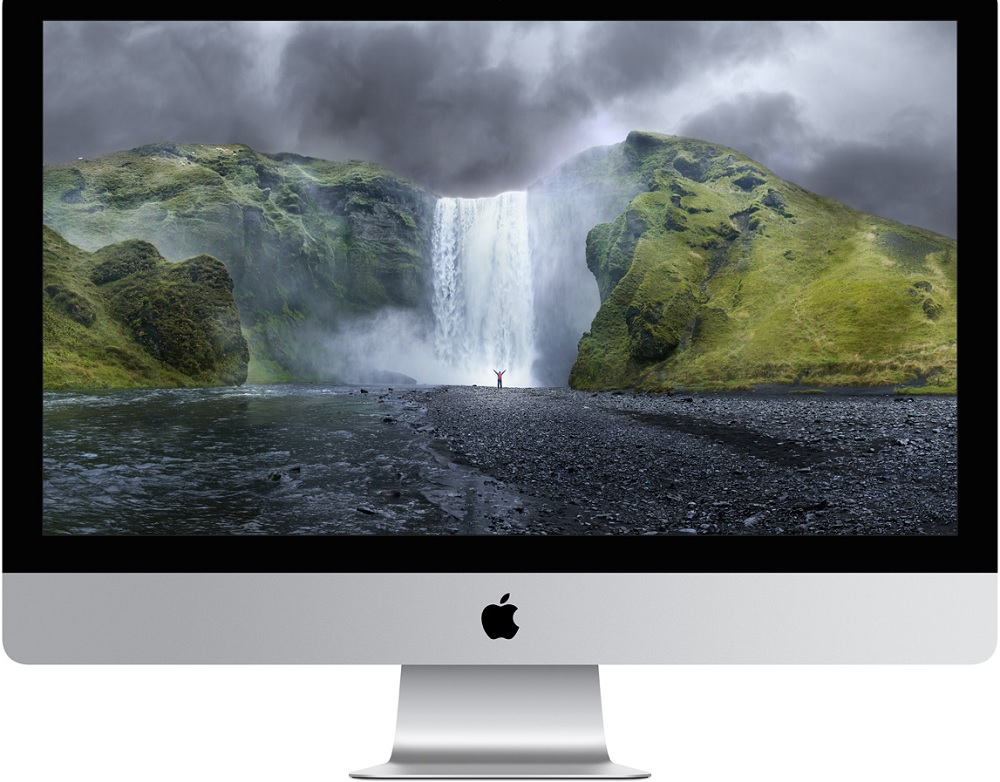