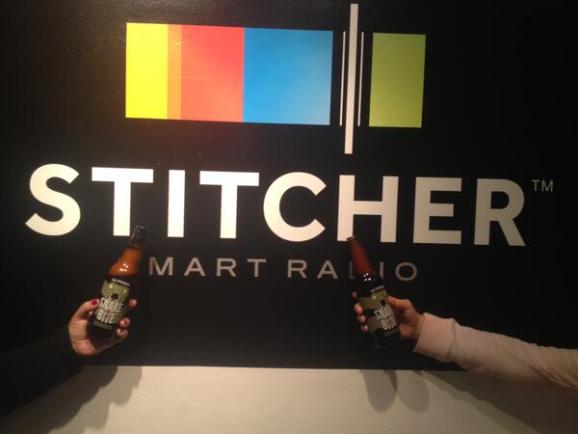 The acquisition marks the latest move by Deezer to gradually enter the crowded U.S. streaming music market, with rivals like Spotify, Pandora, Rdio, and Beats Music leading the pack. But unlike other top U.S. streaming services, Deezer plans to capitalize on the undeserved group of consumers interested in listening to talk radio, nationally syndicated radio programs, podcasts, sports commentary, and more.

Stitcher, meanwhile, is the clear leader in non-music streaming audio content, with 35,000 shows from over 12,000 providers (including NPR, BBC, and Fox News). It also offers access to a number of podcasts and is much easier to access than apps from individual content providers or even Apple’s native Podcast app for iOS.

“We think there’s a lot of underutilized potential in streaming talk and news radio content, which none of the leading music services offer,” Deezer North America CEO Tyler Goldman told VentureBeat. “The perception that there are two different kinds of consumers that only prefer either streaming music or talk radio is incorrect. People are interested in consuming both, but right now non-music streaming content isn’t easy to find.”

Deezer’s strategy for carving out a space in streaming services has been to identify smaller, niche areas of streaming audio that aren’t being service by all-encompassing music services that try to appeal to everyone. Take, for instance, Deezer’s first step into the U.S. with high-resolution streaming music service “Deezer Elite” for those that primarily want to listen to music over Wi-Fi where home audio systems are available to take full advantage of the superior sound quality. This logic is also why Deezer sees potential in Stitcher — especially with the forthcoming rise in connected cars via in-dash audio players that support Apple’s CarPlay or Google’s Android Drive platforms.

Stitcher is especially valuable to Deezer because it is already available on most devices and platforms (including several connected cars) and is among the most popular podcast/talk radio apps on Android and Apple’s App Store. The service doesn’t like to tout the total number of active monthly listeners, but Stitcher’s distribution is almost more important to a company like France-based Deezer that doesn’t yet have a strong presence in the U.S.

That said, Goldman told me that distribution was a relatively small factor in Deezer’s decision to buy Stitcher. He also said Deezer isn’t planning to use Stitcher as a springboard for getting deeper into the advertising business, as Deezer is still primarily focused on driving growth to its paid monthly subscriptions. Deezer has 16 million active monthly listeners and over 5 million paying subscribers across the world. For perspective, Spotify has about 10 million paying subscribers and 40 million active users across the globe. So Deezer isn’t the largest global streaming audio service company, but it’s still significantly large, especially when looking at the number of paid vs. free users.

Deezer said it plans to keep Stitcher operating as a separate entity that generates revenue through advertising, as it currently does. But Stitcher’s technology and some of its non-music audio content will be integrated into Deezer’s other products in the future. This includes the 180 countries where Deezer is currently available, which means Stitcher’s audience reach just got a heck of a lot bigger.

Stitcher previously raised a total of $18.7 million in funding from Great Oaks Venture Capital, Benchmark, SV Angel, and others. And while Deezer didn’t disclose how much it spent to buy Stitcher, Goldman did say: “Well, no, talk was not cheap. But it is very valuable.”