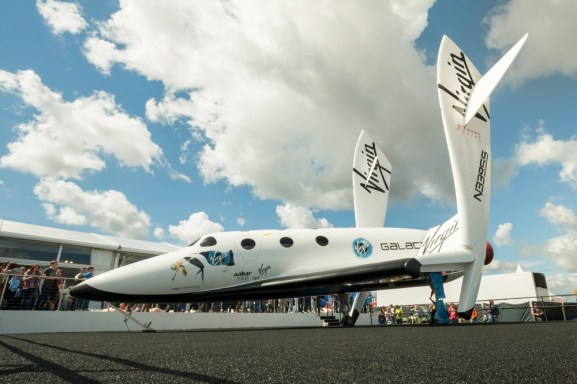 Virgin Galactic founder Richard Branson said in a Saturday press conference that he was “determined to find out what went wrong” to cause the explosion of his company’s SpaceShipTwo on Friday.

If his team can find out, he said, “we’ll make absolutely certain that the dream lives on.”

Speaking at the Mojave Air and Space Port in California, he said that safety was the top priority of the program, which is designed to take wealthy tourists into space.

He added that any customer who asks for a refund will get it. “We may lose one or two [customers], but it doesn’t look like it,” he said.

The questioning is underway into what caused the disaster.

The test co-pilot was killed and the pilot, who parachuted out, suffered serious injuries and is at the local Antelope Valley Hospital in Lancaster, California. The co-pilot has been identified as 39-year-old Michael Alsbury, a test pilot, project engineer, and married father of two. The injured pilot has not yet been identified.

One possible culprit: a new type of plastic-based fuel mixture, which replaced a rubber-based compound that had been used for SpaceShipOne. The switch had been announced in May. The new fuel tested better for performance, according to Northrop Grumman Corp. subsidiary Scaled Composites, which helped developed the spacecraft.

Another possible factor: this was the first test of the rocket engine in flight in more than nine months.

The explosion reportedly took place shortly after SpaceShipTwo dropped away from the WhiteKnightTwo and lit up its engine. The cargo aircraft lifted the spaceship to about 50,000 feet.

The National Transportation Safety Board and the Federal Aviation Administration have both said they will conduct investigations.

“This was the latest part of an extensive test flight program, and the 55th time SpaceShipTwo had flown. It was WhiteKnightTwo’s 173rd flight and the 35th time SpaceShipTwo had flown freely. The testing program has also included extensive ground testing of all parts of the spaceship. We’ve always known that the road to space is extremely difficult – and that every new transportation system has to deal with bad days early in their history.”

He added: “Space is hard – but worth it. We will persevere and move forward together.”