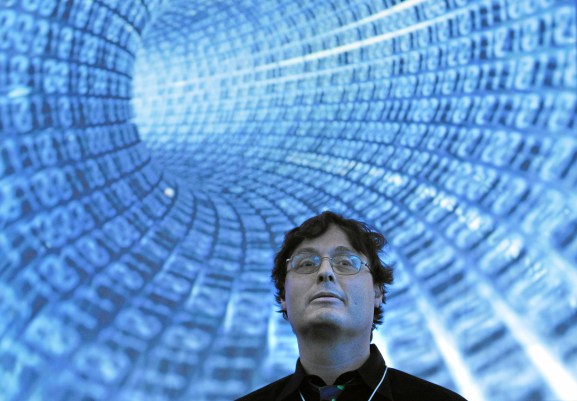 Noted biosciences entrepreneur Jonathan Rothberg has a health startup incubator up in Connecticut, and one of its portfolio companies, Butterfly Network, has recently raised an $80 million funding round.

Butterfly Network, which launched roughly three years ago, is developing a new kind of medical imaging device that will see the human body in “completely new ways,” the company says. Butterfly hopes to collect thousands of images in a database, then use artificial intelligence techniques to a learn new clinical insights from them.

The startup may develop non-invasive surgical technology as well, Rothberg told VentureBeat. But that’s the extent of what Rothberg was willing to say about the company’s products and how they might work.

Butterfly Network was founded by Rothberg and a group of physicists and engineers from MIT’s Lincoln Laboratories.

The new investment money is presumably coming from or through Rothberg’s 4Combinator incubator, but he wouldn’t give specifics. The money will be used to further develop the company’s imaging technology and AI techniques.

So far Butterfly has raised a total of $100 million, suggesting that somebody strongly believes the startup’s products will address real market needs.

The 4Combinator portfolio companies are developing life science research tools, medical devices and therapeutics. “We aspire to create significant societal impact and are motivated by the idea that our products will change the lives of people we love,” reads the incubator’s website.

Rothberg says 4Combinator has already funded four of its portfolio companies, and has recruited many “star warriors” (aerospace engineers) and “flash boys” (high-frequency stock traders) to work in them.

In fact, Rothberg says the main reason Butterfly is making its funding announcement now is that it hopes to attract more talent to 4Combinator companies.

“That person who is going to go to Goldman Sachs and be a programmer can come to work for us and have a chance of saving the life of someone they love,” Rothberg said.