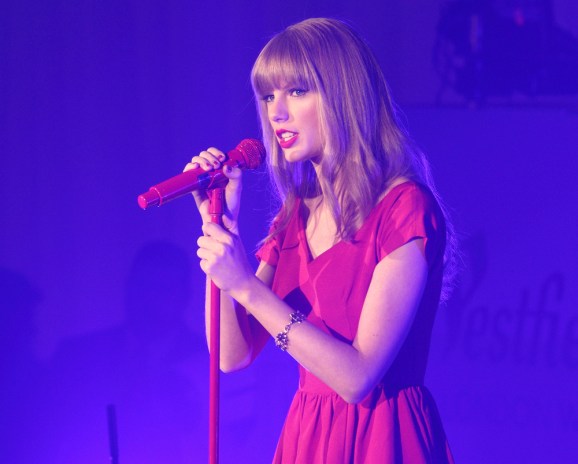 Pop music star Taylor Swift has a huge fan base, and as of this morning none of them will be able to listen to her music on Spotify: She’s removed it from the streaming service.

Spotify was apparently caught off guard by the news, according to BuzzFeed. And Spotify itself is at least playing dumb about Swift’s decision to pull her music. In a blog post, the company even revealed that 16 million of its 40 million monthly active users listen to the artist regularly.

Swift (and her record label Big Machine) for her part has remained silent about the decision, at least for now. That leaves plenty of room for speculation on why the music was yanked. There are three things worth considering …

When it comes to streaming music, I think its a fair bet to say Swift isn’t against it. That doesn’t, however, mean she’s entirely sold on the idea that licensing her large library of songs to services like Spotify are the best way to make money (at least for her). Nor is she against exclusivity as a tactic for selling more music.

One example of this can be seen with Swift’s latest album 1989. The artist released one promotional track ahead of the album’s launch that was not made available to fans in the U.K., as The Guardian points out. In a Tumblr post, Swift wrote:

I realize that you are not yet able to get ‘Out Of The Woods’ due to a new strategy my record label is working on in the UK.  I’ve never been one to hold my music back from any of you so I will be watching closely to see if this is ultimately a better experience for you, the fans. My good friend Ed Sheeran utilized the same strategy with ‘One’ in the UK and he seemed very happy with the feedback from his fans. But, ultimately, it’s down to you.  Let me know.

Swift also decided initially not to make her 1989 album available on Spotify following its release, which was done to ensure people who want to buy the album do so rather than just waiting for it to come to streaming services. This isn’t a strategy that’s specific to Swift, as many other artists have done the same.

It’s possible that Swift and crew decided to see what would happen if the entire library was yanked and if it will lead to higher digital download sales.

Another possible explanation, and perhaps the most plausible, is that Swift’s record label Big Machine is rumored to be looking for a buyer at the asking price of upwards of $200 million. That news was reported by the New York Post on Saturday, two days before Swift’s music was yanked from Spotify.

If true, there’s a good chance that Big Machine wants to prove its worth by letting potential buyers see the mini media circus that follows a decision like yanking Swift’s entire music library from Spotify.

The Post‘s report also indicates that Swift’s family has a stake in Big Machine. When you combine this with the fact that music sales not being what they were a decade ago, it seems very likely that selling Big Machine might be the best way to get the biggest payout — especially since Swift’s contract with the label is expected to expire soon.

VentureBeat is reaching out to Big Machine for further comment and will update this post with anything new.

Both Big Machine & Swift want to go steady with Apple

My prediction is that it comes down to money — more specifically, how much Swift’s entire library of music is worth comparatively to U2, which earlier this year signed a very lucrative deal with Apple to offer their latest album for free to iTunes customers.

If Big Machine isn’t aiming for an exit, it could potentially be holding out for a larger licensing deal. U2 reportedly got a multi-million payout for its partnership with Apple, which apparently includes more than just giving away a free album. And while U2’s music is undoubtedly valuable, I doubt most people would value it higher than Swift’s — at least at this point in time. Even Spotify pointed out how 40 percent of its total users actively listen to Swift’s music.

Those kinds of numbers are probably going to attract interests from Spotify competitors, namely Apple’s Beats Music. If Beats and iTunes Radio are the only two services you can go to stream Taylor Swift, there’s a good chance Apple will justify another large and expensive payout to grab that music exclusively. It would easily help Beats gain ground against Spotify, and I’m betting that Big Machine knows it.

And if this is the case, then it could be a sign that music licensing is becoming more like the deals we see from movie and TV networks, which often make exclusive agreements with video services for the purpose of grabbing new subscribers.

But for now, again, Big Machine and Swift are staying silent — and so, too, are fans wishing to stream her music via ad-supported or paid subscription services.