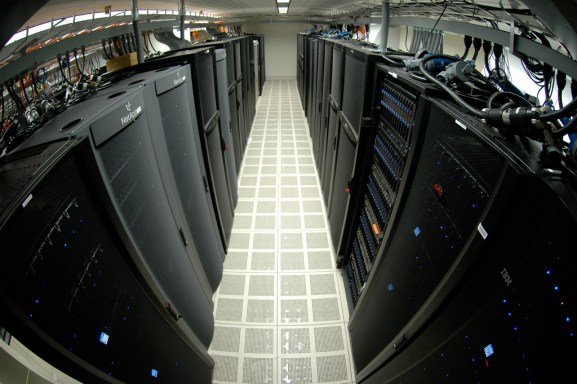 Israeli data center infrastructure startup Stratoscale has big plans — and if they pan out, enterprise virtualization giants like VMware had better watch their backs.

Virtualization has been a key enabler of the cloud revolution. What it means is creating multiple “virtual” servers within a single physical server, using software from VMware, Microsoft, and Citrix, and other providers. That allows cloud service providers to offer their customers the experience of having a server to themselves — and to grab and ditch servers as quickly as their needs grow or shrink — without having to dedicate separate machines to each “server.” Without the flexibility that virtualization enables, much of the cloud revolution never would have happened. And it has been very, very good to companies like VMware, which has increased its annual revenue from $387 million in 2005 to more than $5.2 billion in 2013.

But VMware doesn’t deliver enough flexibility for Maislos. The problem is that virtualization, for the most part, only applies within a single physical server — so some servers wind up being heavily used while others go relatively fallow.

Stratoscale addresses that problem by treating an entire rack of servers as one virtual server, going beyond the realm of compute that server virtualization encompasses and extending into storage and networking as well.

To achieve its goals, Stratoscale will sell software that ties everything together, tapping its own software-defined networking, software-defined storage, containerization, and even a distributed hypervisor that can scale to support thousands of nodes, Maislos said.

It’s all about “making the infrastructure intelligent,” Maislos said.

Stratoscale isn’t exactly starting from scratch. It’s building on the OpenStack open-source cloud software and the KVM open-source hypervisor, and for the containerization part, it’s drawing on Docker’s hip open-source container technology that packages up application code and makes it easy for operations people to move applications from one server environment to another.

But Stratoscale won’t be selling a distribution of all these projects; much of its software will be proprietary, as is the case with VMware.

“I think it’s beyond taking open-source components and gluing them together,” Maislos said.

The key, he said, is to aggregate all available data center resources and then match up workloads with the right resources. That might sound simple, but it’s not.

“This creates tremendous efficiencies,” Maislos said. And it’s even possible, he said, to assign service-level agreements to data center resources, which can give operators assurance that applications will run in an acceptable fashion.

As it turns out, Stratoscale announced a $32 million investment earlier this week, as part of a pack of 16 companies Intel Capital announced at its annual summit for portfolio companies and partners. Other investors in this round include Cisco and SanDisk, as well as its earlier investors, Battery Ventures and Bessemer Venture Partners.

It’s the company’s second major round. A year ago, it raised a $10 million series A, as VentureBeat first reported. The company started in February 2013, and it operates offices in Haifa, Israel; Herzliya, Israel; and Marlborough, Mass.

What’s more, Stratoscale has a solid executive in Maislos. This is his third major startup. Previously, he helped create Anobit, which Apple bought for $390 million in early 2012, and Passave, which PMC-Sierra picked up for $300 million in 2006. Intel Capital invested in both of those companies prior to backing Stratoscale.

With a track record like that, and with the wealth those exits presumably generated, Maislos could do just about anything he wanted.

But he didn’t want to do just anything.

“I don’t think anything easy is worth doing,” he said.