HELSINKI — Enevo is talking trash, and it appears to be getting results. The Espoo, Finland-based startup has created a system whereby it puts wireless sensors in trash bins and figures out exactly when it’s time to send a truck out to pick up the waste. 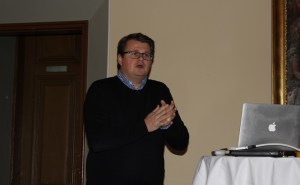 Above: Fredrik Kekalainen, CEO of Enevo

The resulting efficiency could lead to huge savings in transportation costs for towns and cities, said Fredrik Kekalainen, chief executive of Enevo, at a press briefing. Enevo was one of scores of startups making presentations at Slush 2014, a startup event that is expected to draw 13,000 attendees to Helsinki.

“We think we can reduce costs to less than a third,” Kekalainen said.

On a global basis, Kekalainen said that the trash industry is a $1 trillion business that grows 5 percent a year. About 50 percent of the spending happens in logistics, he said.

This 40-person startup has created a full system to give cities the ability to measure how much garbage is in each bin and then calculate the optimal schedule for sending trucks out. Rather than pick up the trash every week at a given time, the cities can manage the fleets more efficiently. 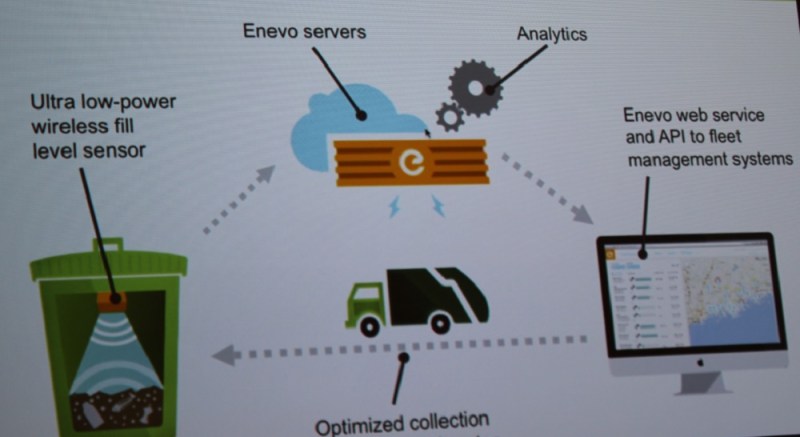 “We can optimize the collection schedules and routes for waste collection fleets,” Kekalainen said. “The problem is that trucks are going to places where the bins are half empty.”

Enevo has created “Internet of things” sensors that use ultrasonic tech to determine the fill level of the can. They have wireless 3G connectivity, and can transmit the data regularly.

Enevo has made them rugged enough to attach to garbage cans. The batteries on the sensors last up to 10 years, he said.

By dispatching trucks more efficiently, Enevo can cut costs for a typical trash operation from €404 ($507) per truck to €120 ($151). The city of Nottingham, England, is rolling out the service. With a population of 727,977, the city had 660 daily collections. But using the Enevo sensors, it could cut that number down to 68 a day, or 89 percent less. The city is in the process of rolling out 2,500 smart containers.

Amsterdam has also just signed a deal with Enevo to deal with its 7,000 daily collections.

Enevo charges a flat monthly fee for its service. It has projects running for evaluations in 25 countries.

The company has raised €9 million ($11.3 million) to date, including money from Tekes, the Finnish government’s corporate investment arm.

By 2025, the World Bank estimates the world will need enough waste trucks that, if lined up end to end, they would stretch from the Earth to the International Space Station seven times over. 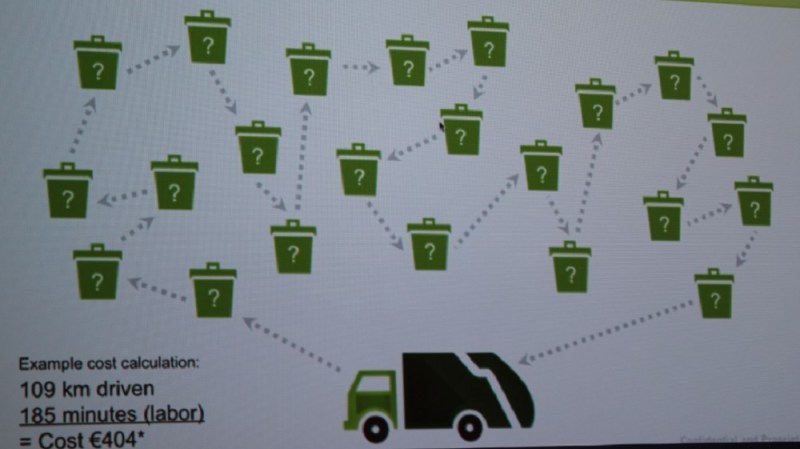