HELSINKI — It isn’t easy to avoid toxins in cosmetics simply by looking at the ingredient label on a package. CosmEthics wants to change that.

CosmEthics launched a few weeks ago, and chief executive Katariina Rantanen competed on stage at Slush 2014 this week. She was one of four finalists who presented on stage in the Slush100 startup competition, but she didn’t win. Still, CosmEthics could simplify the task of sorting through cosmetics, which are a €67 billion ($84 billion) business in Europe alone.

CosmEthics launched with 4,000 prescreened products. But it uses the crowd to decipher the toxicity of a new product, getting to a verified answer about 10 minutes after submission. The app can now check the toxicity of 17,000 beauty products. And there’s a built-in audience for the service, Rantanen said on stage..

“We find that when women become pregnant, they become more interested in it,” Rantanen said. “We keep the answer simple with red, yellow, and green.”

It is also branching out into foods, such as figuring out if a food product is truly vegan or not. The same can be applied to religious restrictions on ingredients. 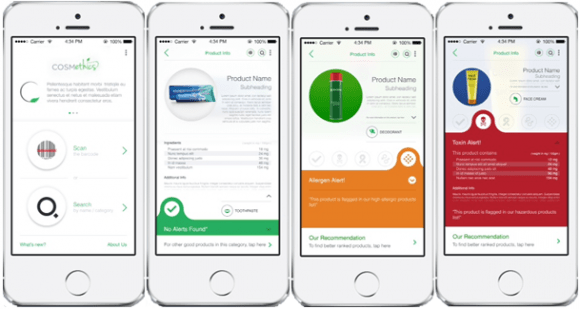