Uber has just finished the worst public relations week in its history. What once was looked upon as a brilliant and disruptive grassroots company is now being seen as an arrogant bunch of whiz kids who may be willing to play it fast and loose with the the privacy of its users.

The story, of course, began with Uber executive Emil Michael’s statements on November 14 at a private dinner that his company might hire researchers to track Pando Daily’s Sarah Lacy and other journalists critical of the company. He also said that Uber could see the comings and goings of any of its customers using something it calls its “God View.”

Peter McCarthy and Bob Goodson of Quid used their company’s media analysis tool to measure the volume of media stories about Uber this week, as well as the volume of social media posts about those stories. Quid is a new kind of research software that brings everything together from search through to visualization, allowing the user to make sense of complex events and trends.

The Quid analysis shows, first of all, that this week’s privacy story is the biggest news story ever for Uber. The chart below tracks the volume of media stories about Uber (on all topics) by month from the founding of the company to the present. The orange dots in the current (partial) month to the right of the chart show that stories about “Lacy, targeting journalists, and privacy” dominated the month. 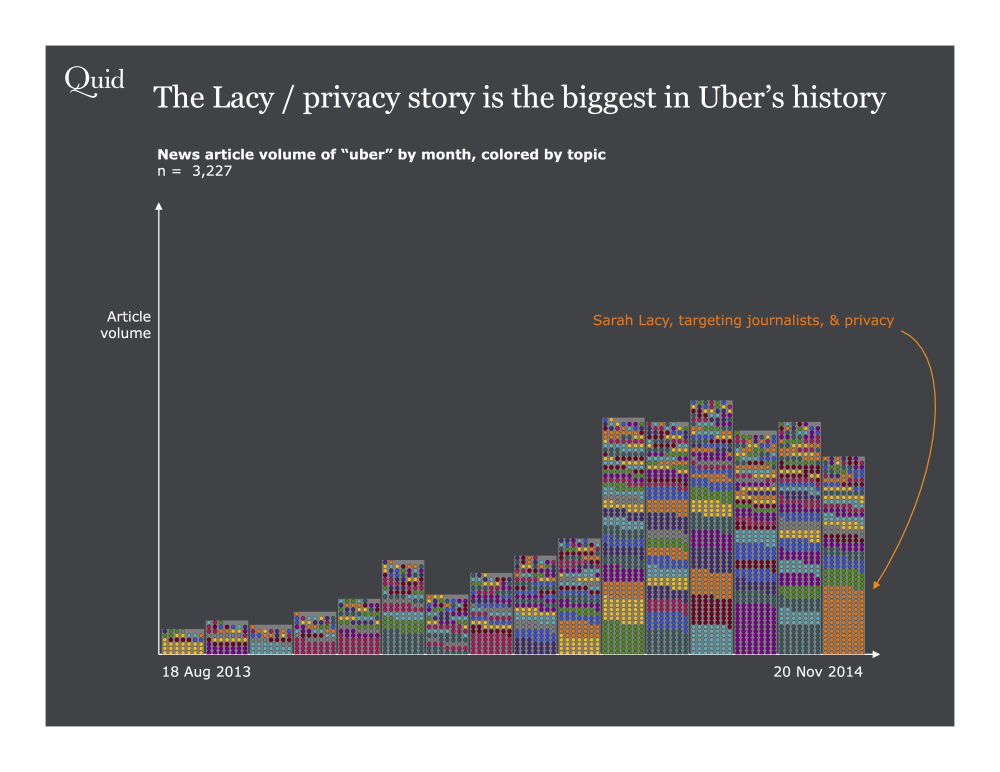 The chart below, which tracks the number of articles about Uber by week, shows that stories about the company’s privacy policies rocketed upwards this week. 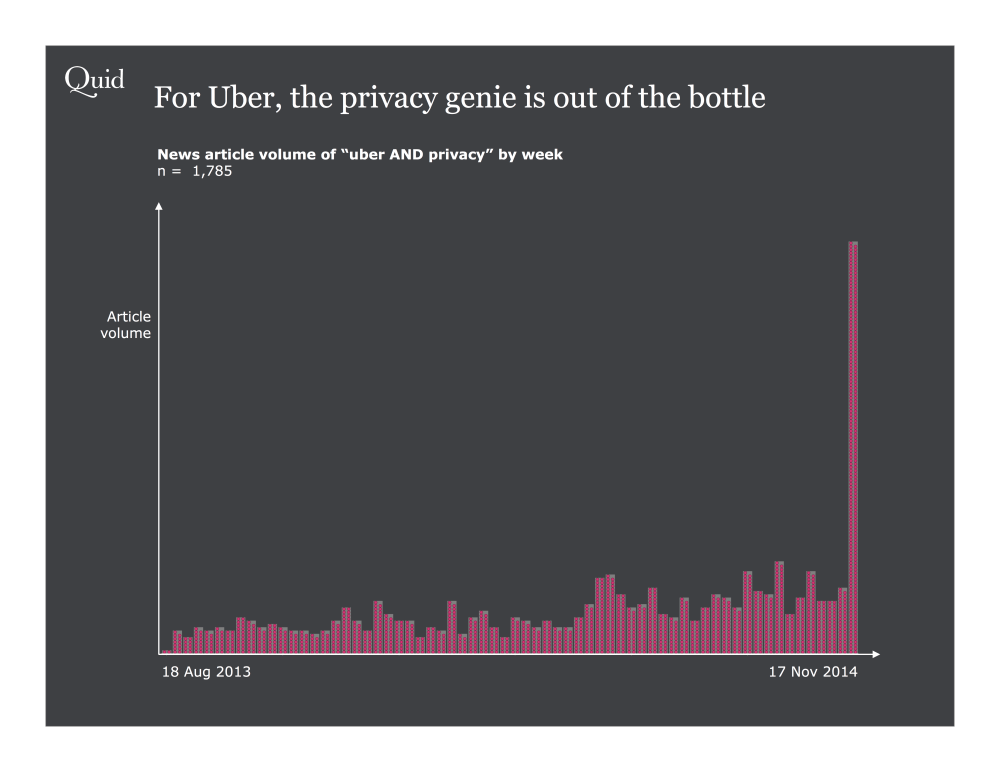 McCarthy’s and Goodson’s study shows that during the past week the media focused its coverage on two related but distinct issues: the threats against Lacy and other journalists, and Uber’s policies toward the privacy of Uber riders.

The chart also shows — by volume of social media posts — that the general public is far more interested in Uber’s privacy policies than its treatment of journalists. Far more articles were written about Uber’s treatment of Sarah Lacy than were written about privacy concerns, yet readers posted and tweeted more of the few pure privacy stories that got published than the Sarah Lacy stories, the study shows. 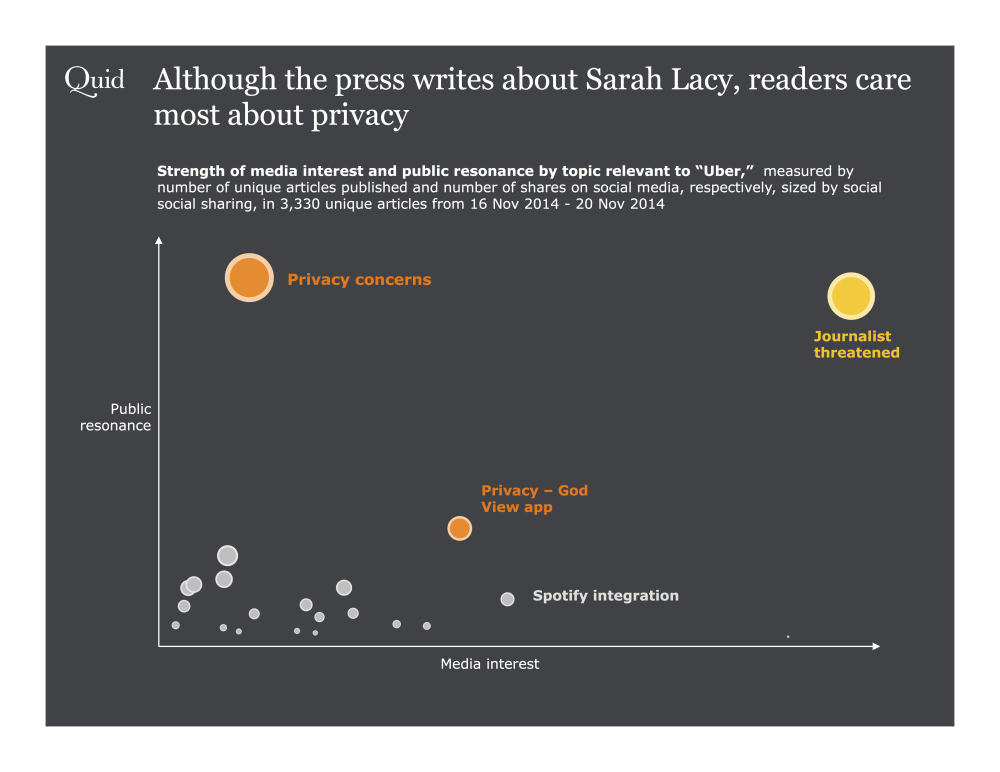 How can this be explained?

We in the media are attracted to heat and flame. We like stories with drama and pretty people. We think that’s what readers and viewers want. There may be some truth to it. That’s why many of us wrote about the threat to Sarah Lacy.

Journalists may also have been attracted to the story because it’s easy to put ourselves in Sarah Lacy’s shoes, to feel a very real personal threat from some large well-monied company that’s angry about our coverage.

But in this case it seems that reading audiences cared more about their own privacy than that of some media person they don’t know.