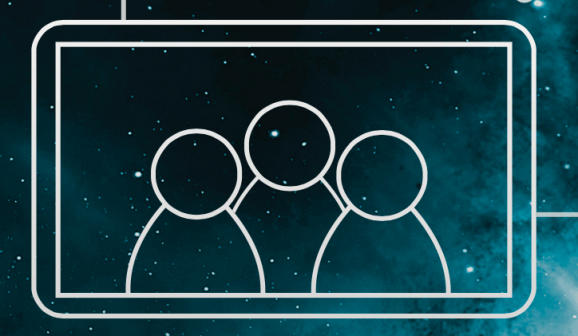 So-called “dark social” accounts for twice the sharing that occurs on Facebook, and 91 percent of us use it regularly.

That’s according to a new 9,000-consumer study commissioned by RadiumOne: The Light and Dark of Social Sharing. Dark social, of course, is sharing activity that is invisible to traditional analytics because it happens via email or instant message, not via sharing mechanisms on a web page.

59 percent of all online sharing is via dark social, Radium One says, while just 31 percent happens on Facebook. Every other social channel on the web? Just a tiny 10 percent, all together.

Dark social is “one of the most valuable sources of data insights,” RadiumOne CEO Bill Lonergan says, and has “the potential to give brands a huge competitive edge.”

The study, which also used data from more than 900 million web users, says that 91 percent of Americans regularly share information via dark social, and almost a third — 27 percent — share only via dark social, never using a Facebook or a Twitter.

So what do we say in the dark?

“The topics discussed most often via dark social channels are typically more one-to-one in nature such as arts and entertainment (80 percent), careers (78 percent) and travel (78 percent),” RadiumOne said in a statement. “Conversely, the topics most discussed via social channels are more one-to-many such as pets (84 percent), family and parenting (63 percent) and real estate (55 percent).”

What we say via dark social might be more honest, with less of a filter on it, researchers say. That provides richer and more accurate information for advertisers and brands to learn from, if they can access dark social. 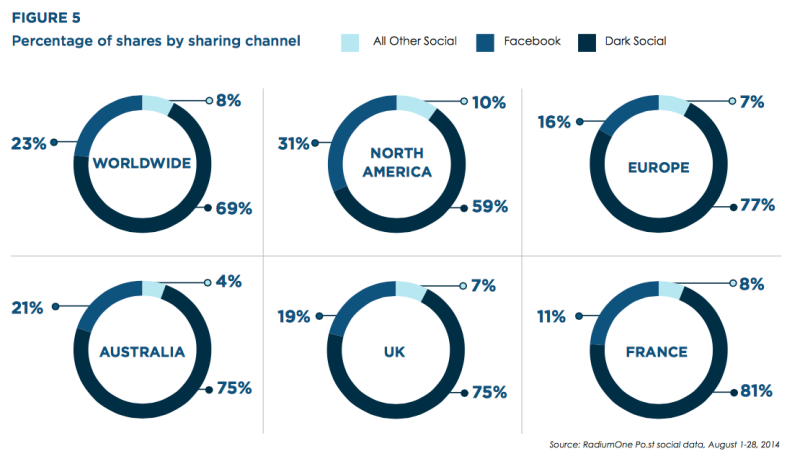 How can they do that?

By implementing short URL services that offer a branded URL, RadiumOne says, and incorporating them into sharing buttons on your site. When users share via the compact URL, that click becomes traceable, providing valuable information.

According to the study, San Francisco chocolate vendor Ghirardelli implemented precisely this technology and found that 84 percent of all their share was via dark social. The learnings enabled the company to both understand its customers better, and target them more cheaply in follow-up campaigns.