HELSINKI — The Slush 2014 conference drew more than 14,000 people and 1,400 startups to the frigid north last month. The Russians would love to learn from the Finns and Americans how to create their own version of Silicon Valley outside of Moscow in a science park called Skolkovo. The country is spending $4 billion on creating its innovation hub between now and 2020.

It won’t be easy to blend the creative thinking, engineering know-how, and business savvy to duplicate Silicon Valley’s economic miracle. But Russia’s Skolkovo Foundation is getting help from a successful Finnish tech entrepreneur, Pekka Viljakainen, whose grandfather started Nokia. In 1986, he started his first company, Oy Visual Systems, at age 13 and sold it for a nice sum to Tieto International. He rose to the top and stepped down in 2010 to “retire” at age 38.

Now he’s advising Russia on how it can encourage entrepreneurship. The Russians started Skolkovo under Prime Minister Dmitry Medvedev in 2009. They have a long way to go to compete with other tech hubs, and the political tensions in the country aren’t helping right now. But Viljakainen was upbeat about the prospects when we met at Slush. Skolkovo has 50 startups in sectors including information technology, biomedicine, energy, space, and nuclear energy. And the science park is also staging its own Startup Village events each summer to showcase its companies. 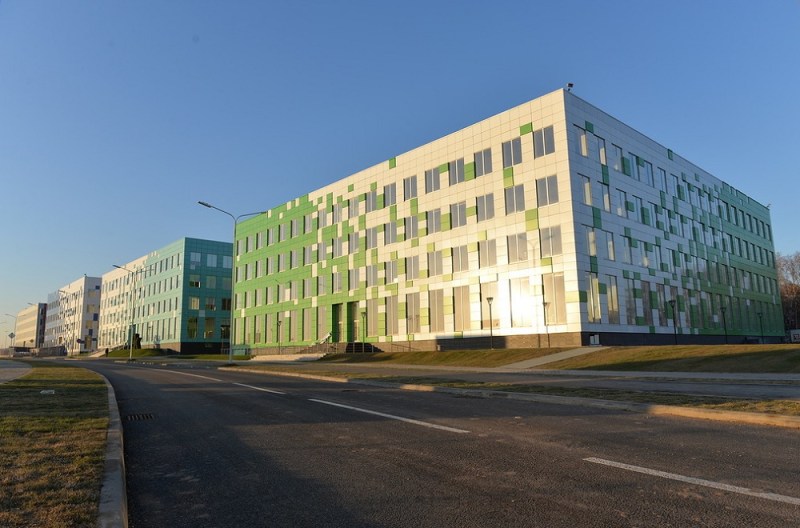 VentureBeat: Tell me about your organization.

Pekka Viljakainen: I’m an entrepreneur, first of all, all my life. I’m not a bureaucrat. I have a background in the sense that my grandfather was the founder of a company called Nokia. I started my company when I was 13. It grew up to 20,000 people, the biggest IT company in northern Europe.

Four years ago I retired at the age of 38. Then I got a call from Russia. I didn’t have any connection to Russia as such. I don’t speak the language. But I was part of the startup community that we established here in Finland. They asked me to be an advisor on how to speed the development of this Russian Silicon Valley project called Skolkovo.

Skolkovo is not a Russian project exclusively. It’s a big cooperation between the U.S. and Russia. We have on our board people like Craig Barrett, the former chairman of Intel, John Chambers from Cisco, Eric Schmidt from Google, and so on. Russians are very good on the science part, but they’re not very active — they’re like the Finns. In Finland we’re very good at technology, but we’re not good at building all these informal networks of learning and so forth.

What we’ve been doing lately, we have Skoltech, which is a technical school. It’s a joint operation between MIT and Russia. We have a business school as well. We have an incubator, a technical park. But on top of that, we’ve tried to make sure that we’re not only operating in Moscow. We do a project called Startup Tour, where we go through 10 time zones. We’ve visited 40 cities in the past two years to find thousands of startups. In June we’ll take the best of the best in each region to Moscow, plus Finnish startups, American startups, German startups, Europeans, Chinese. We have a lot of Chinese companies — partly because of politics, but also because the Chinese and the Japanese as well are interested in dealing with Russia. We’re very focused on entrepreneurship.

VB: Billion-dollar deals would be nice, I’m sure, but how do you measure your progress so far?

If you look at the Apple Store today and go through a couple of hundred apps — not just gaming, but other apps as well — more than 50 percent of those have some kind of connection to Russia, either Russian engineering teams or Russian owners or something like that. We aren’t starting from zero. The companies from Silicon Valley aren’t only investing money. They’re investing their time to help these entrepreneurs come to the global market.

We’re in five major areas: IT, including media and entertainment; the pharmaceutical/bio cluster; space; nuclear; and energy. Energy is the same as what we call clean tech here in Finland. 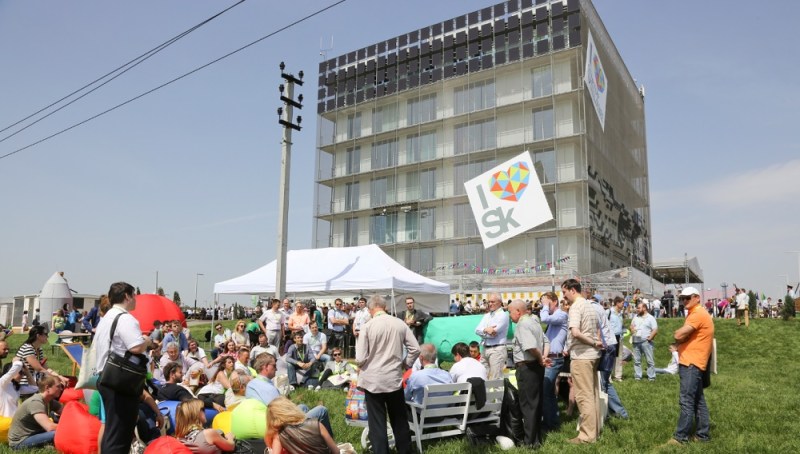 VB: So is the world flat now?

Viljakainen: For startups, yes. Moscow is 840 kilometers from Helsinki. It’s one hour if you fly. We’re very close. The biggest problem with the world being flat is in our brains. Luckily, I’m dealing mainly with young entrepreneurs. I call them the PlayStation generation. It’s massive. They’re not teenagers anymore, in Russia. They’re in their 30s or 40s. And they look very much like the same generation in America or China. I’m counting on them building new companies.

VB: I remember interviewing a team from Ukraine. They said they learned to be one of the best pinball game companies by watching YouTube. They’d never played pinball in their lives.

Viljakainen: From the Finnish standpoint, pinball wasn’t popular here either. You can’t quite compare it to Ukraine, but you’re right. When it comes to Russia, if you think about Internet usage, the difference compared to the U.S. or China is absolutely night and day. In Russia there are no limitations on YouTube or any other social media. Most Russians are extremely aware of what is happening there. The telecom networks are in super condition. 4G LTE networks came earlier to most Russian cities than in the U.S. or Finland.

VB: What do you think of foreign companies coming into Russia and succeeding in that market? Do you expect much success in that direction?

Viljakainen: If you check the Skolkovo project, if you think about our partners, the biggest construction guys are Cisco, Boeing, IBM, Microsoft, and Google. These are companies you might have heard of. This is not a big problem for big companies. For smaller or medium-sized companies, the biggest problem is that most of them don’t have Russian-speaking people in their top management. It’s like going to China. How do you do business without any Chinese speakers?

At Skolkovo, we have precisely the same terms and conditions for Russian and non-Russian companies. If you’re from Silicon Valley or Helsinki, big or small, you’re just as welcome. There are qualifications. You have to do R&D. You have to be focusing on these three sectors. But other than that, there is no limitation. We have about nine Finnish companies coming to Skolkovo this year. We hope to get many more.

You have to remember, Russia is a market of 135 million people. It’s not China, but it’s consuming a lot of digital services. That’s a market opportunity. 18 months ago, Russia became the biggest user of the Internet in Europe, bypassing Germany. That’s an interesting fact. If you’re looking from Silicon Valley, you assume that Germany and the U.K. must be the biggest markets. No, Russia is the biggest consumer of the Internet. 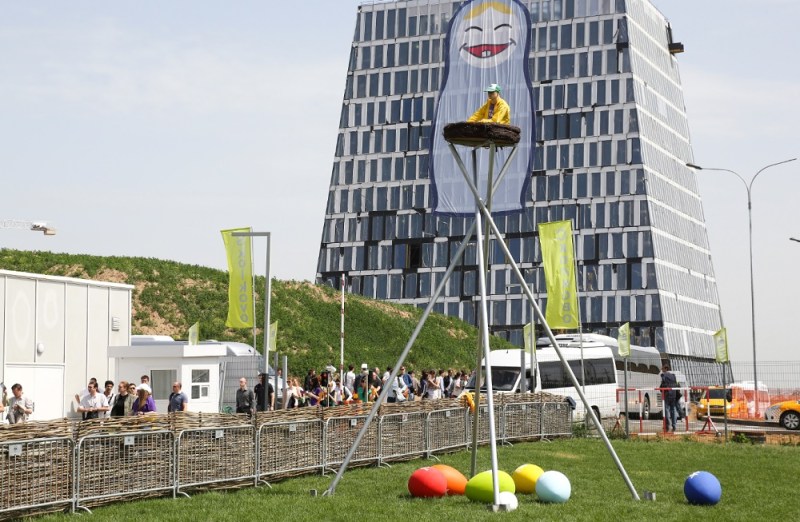 VB: Do you view Helsinki and Silicon Valley in very different ways?

Viljakainen: The weather’s somewhat different. But the major difference with Silicon Valley is the culture of angel investors, the culture of business mentors. Many Silicon Valley guys say it’s not perfect there, but it’s weaker in Finland and definitely weaker in Russia. Also, the whole VC culture, the fail-fast culture. People are a bit more afraid of mistakes, of losing face. That’s a problem in Finnish culture and Russian culture.

In Russia, the scientific part, the uniqueness of the technology, is superb. Every Silicon Valley guy who comes to Russia and sees these companies, they say, “Guys, are you doing science or are you doing business?” Of course, the answer is that you’d like to do both. But you need to combine the business mindset and the scientific people together. If you can do that, you can make unique products and unique innovations.

VB: When I think of Silicon Valley advantages I think of speed and creativity. I don’t know that there’s a monopoly on that, though.

Viljakainen: It’s true. It’s also the style of leadership and management culture. If you have a culture of making plans, planning five years ahead, that’s not Silicon Valley’s style. Even having a plan for what’ll happen after two years, that’s pretty difficult. Russian companies come to us saying, “This is our five-year plan,” but how do you know precisely what your customers will want after three years?

I got the nickname “Bulldozer” from some of these guys. I try to bulldoze our entrepreneurs into the consumer field as quickly as possible. Only by doing that can you start understanding how you need to change your science, your product, your offering. Silicon Valley has a very strong end-user focus. That’s what we’re lacking.

My last sentence would be, if there is someone who wants to make money through investments, the good thing is you have to have a decent valuation now, especially with the currencies being what they are. Everything is discounted 35 percent. The right thing to evaluate is to do it by yourself. Don’t believe all the investment bankers. It’s easy to come to Russia, easy to see Skolkovo. We have a good investment office. We can show you 1,000 companies quite quickly. That’s available to everyone. 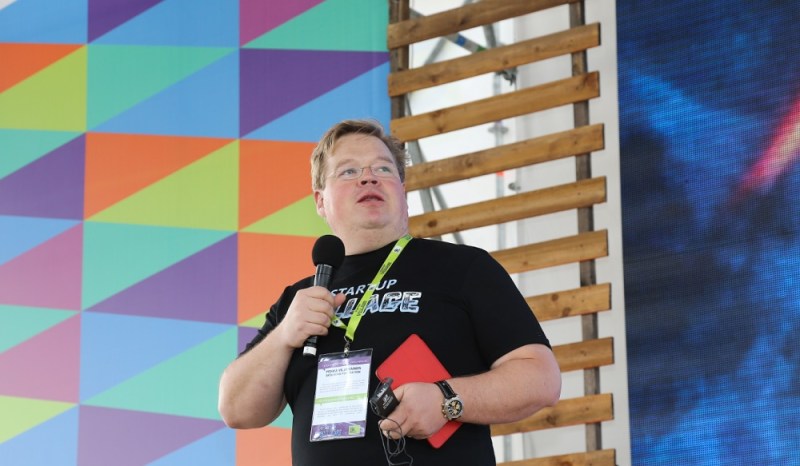