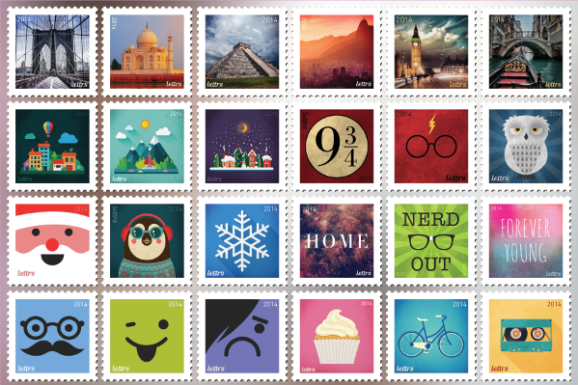 Nothing says “snail mail” more than a postage stamp. But stamps can also have a value beyond their penny denomination, and one social messaging startup is trying to revive that resonance.

The free stamps can be sent and received by Lettrs account holders, or they can be shared on social media as JPEGs, with links back to the originals on Lettrs.

For the launch, the company is offering 39 different stamps, and it will issue new stamps monthly.

There are original designs; commemorative ones honoring such people as Indian Prime Minister Narendra Modi, YouTube celebrity Michelle Phan, or ABC News correspondent Bob Woodruff; and historical ones based on pre-1977 U.S. Post Office classics, such as a 1962 Christmas stamp. Each stamp has a limited-edition 2014 series “watermark.” 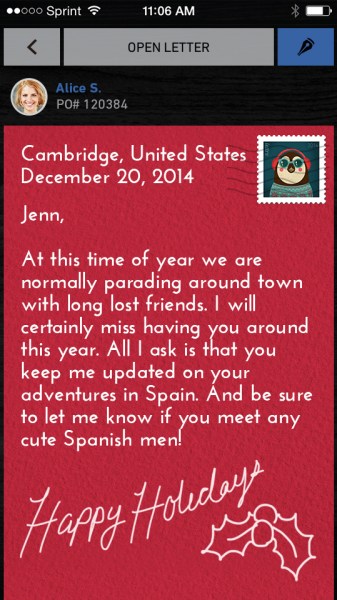 Stamps are classified as first, second, or third class to emulate the Post Office — although, in this case, it will refer to where they reside in the online stamp book rather than how fast they deliver a letter. When stamps are retired, they will only exist on the letters to which they’ve been affixed — potentially making those letters more collectible.

Early next year, the company will also launch brand-based stamps so that, for instance, you can show your fondness for Coca-Cola by using that stamp. Or Coke could let you to enter a sweepstakes simply by sharing a stamp.

Transportation app provider RideScout is the first brand to use Social Stamps for advertising, and Bartkiewicz said he expects 20 to 25 brands to participate in the initial round. Charities can use the stamps for fundraising, with a sponsor making donations based on how much a stamp is shared.

Of course, these are not the dumb stamps of yore. These stamps track where they’ve been and who has used them — data that advertisers will certainly be interested in.

At the moment, users cannot make their own stamps, but Bartkiewicz said that capability could be added. While the stamps and virtual letters are all free now, he added that Lettrs will eventually offer a premium, paid level.

The company launched its site last December, and although Bartkiewicz declined to say how many users have signed up, he pointed out there have been more than a million downloads.

The Social Stamps are available at launch only for the company’s iOS and Android apps. Website users can receive them, but creating and sending them through the site will not happen until sometime next year.