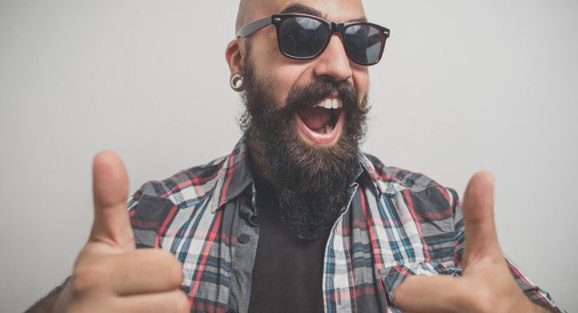 A stock photo of a bearded person from Fotolia's home page.

Buried within its fourth quarter earnings report, creative technologies company Adobe today revealed that it plans to acquire Fotolia, a stock photo site which hosts 34 million images and videos, for $800 million in cash.

Adobe says Fotolia, which was founded in 2005, will “continue to operate as a standalone stock service,” but intends to integrate it into its Creative Cloud service.

This acquisition is quite a big deal for Adobe, as the company is already deeply entrenched in the creative process for countless photographers and designers. Buying a stock photo company will only deepen the ties which exist between Adobe and its users.

Here’s Adobe’s statement on the matter.

Adobe today announced it has entered into a definitive agreement to acquire privately-held Fotolia, a leading marketplace for stock content. Fotolia will be integrated into Adobe Creative Cloud, providing current and future Creative Cloud members with the ability to access and purchase over 34 million images and videos, significantly simplifying and accelerating the design process. The acquisition of Fotolia cements Creative Cloud’s role as a vibrant marketplace for creatives to buy and sell assets and services as well as showcase their talent to a worldwide audience. Adobe also plans to continue to operate Fotolia as a standalone stock service, accessible to anyone. Additional information is available in a separate press release.

As Adobe announced the deal, which will close next quarter, the company reported steady Creative Cloud subscriber growth and strong revenues for the fourth fiscal quarter.