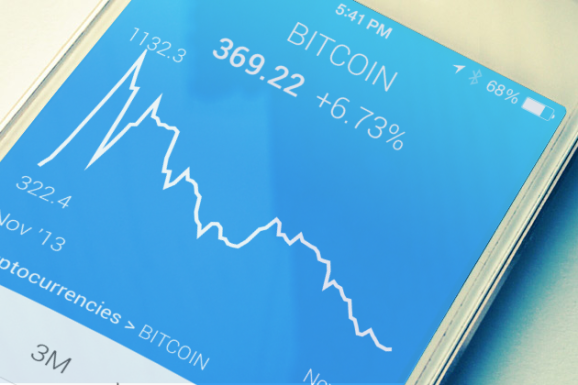 The decline of the Russian ruble earlier this week has caused a mass selloff of the currency in exchange for alternatives — including the cryptocurrency Bitcoin.

The ruble has declined roughly 50 percent since the beginning of the year. Earlier this week, the currency fell even further — an 11 percent drop in one day against the U.S. dollar. Following the collapse, Bitcoin-to-ruble transaction volumes popped up from a daily average of 230 trades over a 30-day period to 819 in the last two days, according to CNBC.

Though Russian President Vladimir Putin made swift efforts to mitigate the fall and the ruble has since stabilized, there is still a lot of uncertainty surrounding the future of the Russian economy.

In times of economic turmoil, the Bitcoin community often touts the digital currency as a potential savior for a failing economy, but Bitcoin’s ability to play understudy for a traditional currency that serves multiple countries is dubious.

During the Eurozone crisis there was a lot of discussion about Bitcoin’s ability to stand in for various currencies and banking systems, but ultimately, the currency failed to catch hold. This is in part because Bitcoin users are dispersed around the globe. To truly replace a government-backed currency like the ruble, Bitcoin would need to gain critical mass in a given area. While it’s hard to measure how widely Bitcoin is used in any locale, there isn’t currently a town, city, or country where cryptocurrency is so pervasive that people can use it for daily errands like grocery shopping. Even in areas where Bitcoin advocates have made a splash, like in San Francisco, where 250 merchants accept it, it would still be extremely difficult to survive on Bitcoin transactions alone.

“What we know is that the spontaneous replacement of an existing currency is pretty difficult. It’s unlikely to happen,” says William Luther, assistant professor at Kenyon College and adjunct scholar at the CATO Institute, a libertarian think tank.

Bitcoin’s value is also currently on the decline. Since the since the beginning of the year the price has dropped nearly 60 percent, according to data from Coindesk. Plus, the currency only has a $5 billion market cap, which is incredibly small compared to the ruble.

While it’s not likely that Bitcoin will be replacing a traditional currency in the near future, the potential isn’t entirely lost. Luther says that cryptocurrency could eventually disrupt currency markets in a more visceral way down the road.

“Competition in currency is a good thing. Governments traditionally frown on that sort of competition, and we’ve gotten relatively poor currencies as a result,”  Luther says. Creating a currency that challenges existing forms of payment in the long run could produce a form of money worthy of rivaling government-backed currencies.

But for now, Russia’s citizens will have to lean on other currencies like the dollar and the yen if they want to wean themselves off of the ruble.