Regardless of those truths, streaming will save the music industry and artists will soon make more money than ever before.

Daniel Ek is disingenuous when he claims that Spotify’s “reason for existence is to help fans find music and help artists connect with fans through a platform that protects them from piracy”. Spotify is a corporation. Its real reason for existence is to make billions of dollars for its owners through an IPO that won’t help artists at all, but will profit Mr. Ek handsomely. Every major music label will also make hundreds of millions of dollars on Spotify’s IPO, and they will not share a penny of that with artists either — despite having received their shares as a bonus for delivering artists’ music to Spotify.

Spotify did not eclipse Rhapsody and other competitors by being better, there is little difference between on-demand services. Spotify achieved its impressive growth by giving music away. Daniel Ek got in bed with the major labels in return for the right to be the first licensed on-demand music service to offer a free tier. YouTube also benefitted tremendously by offering free on-demand music, but its licenses were ‘accidental’ as it was not originally intended as a music service. It is Spotify’s massive free tier (which like YouTube pays less to artists than subscription-only services like Rhapsody) which raised the ire of Taylor Swift and her handlers.

But Ms. Swift has no intention of keeping her music off Spotify any longer than required to extract an acceptable deal. Comments like, “music should not be free, and my prediction is that individual artists and their labels will someday decide an album’s price point” is just posturing for moral high-ground. Swift knows that she gets paid even for plays on Spotify’s free tier. And she has not (yet) complained about YouTube being free. Nor has Taylor Swift or Scott Borchetta griped about old-fashioned terrestrial radio, which not only plays her music for free to listeners, but also pays her via Borchetta’s label exactly… nothing. And despite selling 1.2 million copies of 1989 in its first week, the savvy duo suffers no delusion that there is a rosy future for CD sales. Most of Taylor Swift’s fans don’t even own CD players, hell I don’t own a CD player. In fact, the scathing Thom York critique of a broken music industry wherein he called Spotify “the last desperate fart of a dying corpse” would be better applied to the CD. 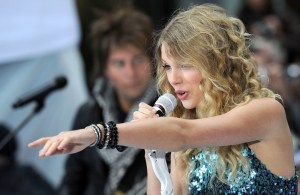 The truth is that Swift, like Ek, is a shrewd business person. Swift and Co. are well aware that streaming represents the entire future of music consumption, including her own. And in that future she would like to make more money per stream than Spotify’s free tier pays. She is okay with the royalties Spotify would pay if it dumped 75 percent of its user base and retained only the paid subscribers.

Ek in his turn understands that dumping Spotify’s free tier would remove all advantage over rivals like Rhapsody, Rdio, and Beats. Ironically, dumping free users is exactly what would make Spotify a profitable company with long-term value. But reversing user growth now would reduce Spotify’s 2015 IPO valuation by billions, costing Daniel Ek personal hundreds of millions of dollars short-term, so he put his foot down.

We live in a money-driven era. Nobody is surprised by stars like Taylor Swift clawing for extra millions. We’re not even shocked when nerds like Ek become billionaires. But independent artists just get confused when two “one percenters” have a public lovers’ quarrel. What artists need is a more honest music industry. Swift and Ek are likely to get richer regardless of when streaming matures. But how will the new streaming music world play out for the “regular” artists? Media hype aside, they’ll be just fine too. Here’s what will happen…

All-you-can-eat on-demand services including Spotify and Apple’s forthcoming ‘iBeats’ will soon be relegated to subscription only. They will charge the current $10 per month and will eventually replace downloads completely. CD sales in turn will give way to high-end upgrades of on-demand services offering FLAC streaming at about $20 per month to aficionados. Swift, and every other musician, will supply all their music to these services because compensation will be fair. Rhapsody already claims to pay artists three times what Spotify pays per active user.

Smarter music label executives will get wise to YouTube’s free-ride too. The video streaming juggernaut will be forced to pay comparable rates for comparable services. If they choose to continue offering free on-demand music, they will need to increase commercial load so dramatically that it will drive many users to the dedicated music subscription services. And if kids want to put up with full video ads pre-rolling every song they play on YouTube that’s fine, because the artists will be fairly compensated for their work. Should Google manage to ‘out-muscle’ demands of fair payments for YouTube plays through underhanded dealings that reward labels but not artists (like Spotify’s IPO), then artists will get wise and run away in droves until Google learns to play fair.

Grown-up music consumers who choose not to pay subscription fees will forego full on-demand just as they always have with FM radio. But excellent Personalized Radio services like Pandora and Radical will completely replace terrestrial radio (which pays artists nothing) creating a huge windfall for artists by compensating them for every track streamed, even on ad-supported services. And all music streaming services will see a modest increase in Composer Royalties vis-à-vis artist Royalties, as the latter is heavily favored in most of today’s deals. Virtually all recorded music will soon be consumed via streaming. This scares many artists trying to make a living in a quickly changing music industry. And this is what inspired Swift to call out Spotify’s poorly-paying free tier – she does not want a bad precedent set.

But armed with straight information artists will demand transparency from Labels. With transparent deals artists will see a bigger cut of payouts from on-demand streams. And with a level playing field between on-demand services, payments from Spotify and YouTube will be much higher. Finally, as free-riding FM music stations are replaced by personal radio services that pay for every stream, today’s musicians will be better and better off. The music industry has undergone a turbulent transition to an Internet economy, but as the exciting streaming industry matures musicians will begin to partake of their most lucrative era ever.

Tom McAlevey is the CEO of streaming music service Radical.fm