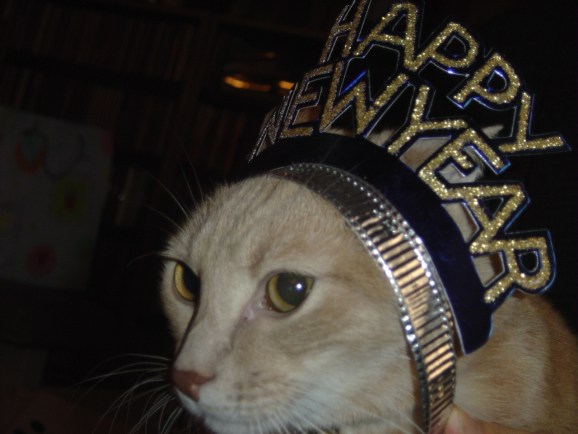 It’s the traditional time for journalists to take a look at the past year, extend the trendlines forward, and make some predictions about how the coming year will play out.

Unfortunately, journalists’ track record on that score is not so great.

For instance, three years ago, I predicted five gadgets would dominate headlines in 2013: the Lytro camera, the Kindle Fire 2, the Tesla Model S, Nokia’s Lumia phone, and Apple’s iTV television set. Of those five, only one did really well — the Tesla — while the Kindle Fire took its sweet time about becoming a big deal, really taking off only in 2014. Lytro is all but out of business, Nokia sold itself to Microsoft after failing to take the world by storm, and Apple’s long-awaited television still doesn’t even exist.

In my defense, I’ll say this: All five were really cool ideas. But sometimes “cool” isn’t enough to make a product a stunning market success, or even a reality.

I also predicted, way back in 2000, that by 2010 we’d have glasses with heads-up displays capable of identifying people’s faces for us. I had no idea it would be Google bringing us that futuristic vision, of course, and I was off by a few years, as it turns out. Still — not bad, eh?

So with that mixed record in mind, I’m making these cautious predictions about what trends to watch in 2015. All four of these are pretty solid bets, I believe. Still, take my words with a grain of salt.

Apple has said that it would release its wearable device in early 2015.

When it comes out, the Apple Watch will be a significant test of the market’s appetite for smart watches. Its specifications put it miles ahead of any other wearable currently on the market, including as it does both fitness-monitoring features (including heart rate sensors) and smartphone-extending features (like wrist interfaces to popular apps, text messaging, phone calling, and so forth). But even more significantly, it includes support for Apple Pay, which promises to let people pay for stuff they’re buying at a store just by tapping their wrist against an NFC reader next to the cash register.

The Apple Watch has a couple of big strikes against it: At $350, it’s expensive; and it requires an iPhone 5S or later to work. As we saw in 2014, the iPhone has a shrinking share of the smartphone market, and that limits the potential audience for the watch by a lot.

My prediction: The Apple Watch will sell well, but not stunningly, in 2015. It won’t make a major difference to Apple’s revenues. But it will spur a lot more competition from other makers of wearables, particularly fitness bands and smart watches. And if Apple releases a second version, it’ll be sleeker, better-designed, and more successful in the market in 2016.

Facebook turned virtual reality into a big thing this year by acquiring VR headset maker Oculus for $2 billion. Google responded with a $500 million investment of its own into VR company Magic Leap. Even Apple may be eyeing the VR market. Samsung has its own phablet-based VR system called Gear VR, and the Oculus development kit works with Samsung’s hardware.

None of these products are shipping in volume yet. The Samsung device is geared toward developers and early adopters (and is sold out of most outlets), while Oculus has been shipping developer-only kits for awhile. The demos are impressive, but we’re still at the stage where manufacturers are honing the experience and developers are busy creating content. In other words, early days.

I expect a lot to happen in virtual reality in 2015. Both Samsung’s and Facebook’s headset products should be more widely available in the coming year. While they’re going to find almost all of their initial usage by gamers, there are rich possibilities beyond video games. VR-based social media interactions (3D avatar, anyone?) are undoubtedly a big part of why Facebook was interested in Oculus. And there are possibilities for futuristic Minority Report-style interfaces implemented through VR goggles instead of big, expensive displays.

Still, growth will be slow, largely because of the expense of these devices, the fact that it will take time to develop much VR-optimized content, and the fact that you look really dorky when wearing a VR headset.

My prediction: Everyone will be talking about VR in 2015, but it won’t find major market traction until 2016 or later.

With valuations like that, there’s only one realistic exit that will generate acceptable returns for these companies’ investors, and that’s an initial public offering. Both companies are well-positioned for an IPO, and in both cases the IPOs are likely to push their valuations into the $100 billion range, at least temporarily, satisfying investors and adding to the companies’ war chests.

The next tier of companies in the billion-dollar club is slightly more complicated. Dropbox, Airbnb, and Snapchat are all valued at about $10 billion. The first two are IPO candidates in 2015, but Snapchat remains essentially revenue-free. Unless the public markets have started to succumb to the same kind of madness they spiraled into in the late 1990s, that means Snapchat’s probably not a good IPO candidate in 2015. Groupon ($GRPN) and Zynga ($ZNGA) have both gone public in the past few years despite sketchy revenues, and both have been heavily punished by the stock market. So if Snapchat does try to IPO, everyone will be watching it closely for signs of irrational exuberance.

My prediction: Uber and Xiaomi IPOs will contribute to talk of a bubble, but don’t worry — the actual bubble is elsewhere.

Big data tools like Hadoop have finally hit the mainstream, as the IT world undergoes a once-in-a-decade architectural shift, this time moving toward clustered servers and distributed computing, storage, and network resources. But it’s the applications of big data that VentureBeat will be watching most closely, as data analysis tools enable companies to understand their markets and customers better than before, conduct ever-more-targeted marketing campaigns, and make more informed decisions than ever.

VentureBeat has a particular focus on marketing tech thanks to our new research arm, VB Insight. We’ll also be talking about these technologies at many of our upcoming events, starting with our Mobile Summit in February. But this isn’t just a VentureBeat thing: We’re focusing on marketing tech because it’s an expanding industry, with thousands of companies competing for attention, lots of confusion, and lots of complexity — yet it’s one where making the right technology choices can have a huge impact on your company’s top (or bottom) line.

My prediction: Consolidation will hit marketing tech, starting with ad tech companies, in 2015. But the overall market will continue to grow as many companies look for ways to target their customers more effectively and efficiently.