A standing joke in Silicon Valley is that the smartest people go into online advertising, virtual currency, or dumb online games. And you surely have to wonder what has gone wrong when the industry’s heavy hitters and VCs provide $1.5 million to seed a useless app such as Yo.

Fortunately, there are many tech startups that are solving real problems — and many entrepreneurs who care. The venture capital community is also beginning to see the light. Witness Google Ventures’ recent decision to back away from consumer Internet startups and focus more on health care and life sciences companies, and Y Combinator, the most powerful startup accelerator in the world, backing seven non-profits in its latest class.

There is surely hope for tech. Here are seven companies that stand out:

The venture will provide jobs for 15,000 households and carpet the hillsides with lush green trees that produce lucrative crops that are easily saleable on global markets. Along with agricultural training, it is supplying saplings that will reduce mountain slope degradation and watershed issues such as landslides, declining soil quality, and loss of moisture. Spitzer is particularly proud of the technology development that his team has put in place to create a fully accountable supply and logistics chain for participating farms. The tech architecture could easily be reused on other farm projects in the developing world. Spitzer, with degrees from the University of California Berkeley and Stanford University, is hopeful that what he is doing will influence other Silicon Valley entrepreneurs to think about how they can use their skills to improve the world. 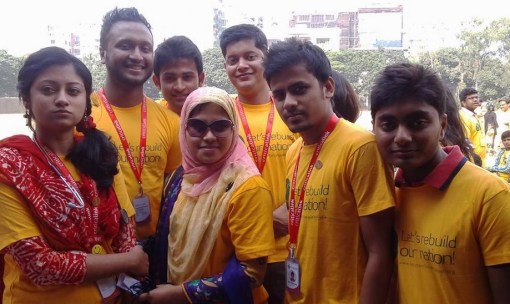 Whilst diseases such as malaria and Ebola get most of the donations and attention, accidents are a far greater problem. On a global basis, 5.8 million people die each year as a result of injuries, according to the World Health Organization. That is 32 percent more than the number of fatalities that result from malaria, tuberculosis, and HIV AIDS combined. This is largely because emergency medical-response systems and tools are lacking in most parts of the world.

This is the problem that fourth-year Tulane University medical student Jennifer Farrell learned about during her Fulbright Fellowship in Bangladesh, one of the countries in the world where the most horrific accidents regularly occur, such as the Rana Plaza building’s collapse in April 2013. She founded CriticaLink, a non-profit mobile-app company, to more quickly get help to accident scenes. It works like a ride-sharing app, but instead of calling a car, calls volunteers who are trained to be first-responders. Farrell hopes to expand it to other parts of the world where emergency medical services are inconsistent or nonexistent.

After their son Nelson suffered brain-injury after jumping out of a window, thinking he could fly, and they struggled to understand reams of medical data provided by the hospital, Walter De Brouwer and his wife Sam decided to build a medical device to help others. They worked with Singularity University at Moffett Field, CA to launch Scanadu and signed up to compete in the XPRIZE competition to build a Star Trek-like tricorder.

Their son is doing very well now, and the De Brouwers have developed a device that can measure blood pressure, blood oxygen, temperature, and other vitals. The device works by placing it against a forehead and reviewing the results on a smartphone app. The company is gearing up to ship 8,000 “investigational units” that were ordered through a crowdfunding campaign, which ended up raising $1.5 million more than the goal of $100,000. It is working on a perhaps even more important system, the Scanadu Scanaflo, which instantly measures urine pH; specific gravity; and concentrations of glucose, protein, leukocytes, nitrites, blood, bilirubin, urobilinogen, microalbumin, creatinine, and ketone. Scanadu is seeking FDA approval to bring these products to consumers.

This Silicon Valley startup makes open-source software for deploying and operating cellular networks using commodity equipment. Most experts believe that the smartphone has been the most important tool for raising standards of living in less-developed areas and for fostering economic development. Building mobile networks in remote locations and chaotic countries remains problematic and rather expensive.

Range Neworks aims to let communities roll out their own mobile networks for a tiny fraction of the cost of the infrastructure that standard wireless-network equipment and software require. Thus far, Range has deployed in remote villages in Papua, Indonesia, Zambia, Mexico, and dozens of other locations. What’s more, Range is a for-profit company that has helped launch profitable rural cell-phone services in regions previously considered economically unviable.

Power outages are a huge problem in most of the developing world. Classrooms often have low-cost learning devices, but children can’t use them because there is no power during the day. Solar power can provide some help, but you still need a reliable storage mechanism to power tablets, laptops, and other low-cost electronics that, paired with web-based curricula, give students access to a first-world education. 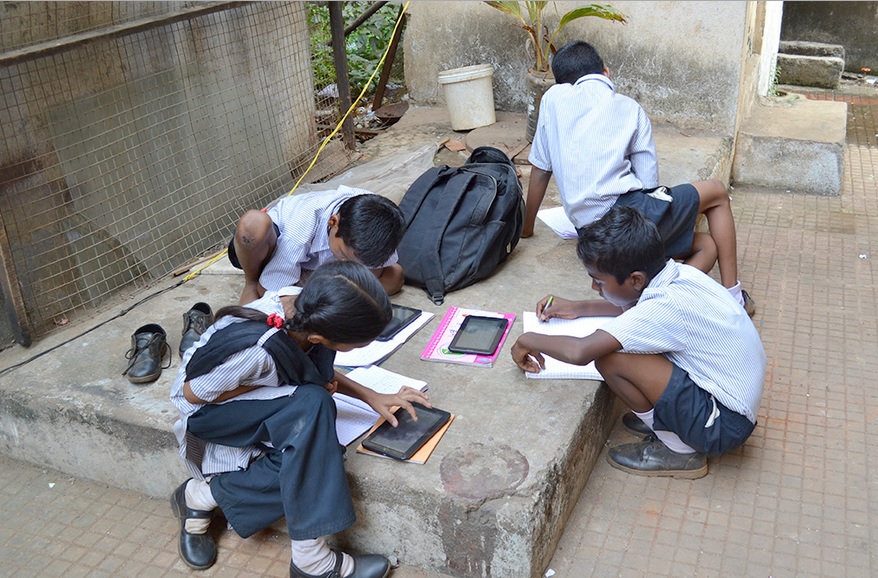 Above: With the right tools, children can learn despite the lack of a physical infrastructure as seen here in one of Totus Power’s tests.

Siva Rajendran, with a background in building powertrains and power-management systems for electric vehicles, designed a rechargeable portable battery the size of a small water bottle that can run a classroom with 20 tablets and a projector for 20 hours. It  otherwise wasted “used” Lithium-Ion batteries from electric cars, which degrade to 70 percent of their original capacity after about five years. They may lack the ability to power an electric car but are powerful enough to charge learning devices in schools. His company, Totus Power, builds a battery pack with the same output as a conventional battery backup system but weighs only one-fifth as much and can be a tenth the cost. Most importantly, unlike most car batteries in common use for this purpose in the developing world, it has no toxic components.

This is a recently funded Y Combinator non-profit that seeks to bring the power of big data to needy organizations in the governmental or non-profit sector. Founded by three high-powered, highly technical ex-pats from the online advertising industry in California and New York, Bayes Impact recruits top talent from technology companies who agree to take a pay cut in order to make a difference in working on specific projects. The goal of each project is to create a software solution that can be reused to solve similar problems for other organizations or to deliver a specific beneficial outcome such as the discovery of a drug or a specific percentage reduction in fraud. 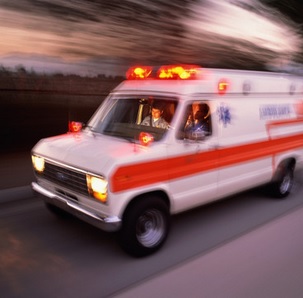 For example, Bayes Impact is working to optimize San Francisco’s creaky ambulance-dispatch system, which has left people waiting for shockingly long times (sometimes as long as 30 minutes) for assistance in life-threatening situations. Other efforts include partnering with the Michael J. Fox Foundation in research on Parkinson’s disease; helping microfinance organizations detect fraud more easily; and creating algorithms for parole boards on fraud detection.

Every time Apple releases a new iPhone, there is a mad rush by everyone to upgrade. It is not that the older devices are no longer useful. The same happens in businesses — on a large scale — and billions of dollars of useful electronics sit in desk drawers or storage rooms, or are simply discarded. Why not make these available to people and communities in need?

Anthony Serina and John Fazzolari started Revivn, in 2013 to do just that. Their company works with companies such as Dentsu Aegis, Razorfish and Etsy to collect unused electronics and provide them to people who lack computer access. Beneficiaries, so far, have included Grover Cleveland High School, in Queens, NY; Tech Kids Unlimited, in Brooklyn, NY; and the Boys and Girls Club, of Stamford, CT.

These are just a few of the companies that are tackling important problems whose solution could make our world better. Plenty of brainpower is wasted on convincing people to click on a link or to download an app or to buy credits to get that extra high-powered weapon in a video game. My sense is, though, that the tide is turning and that in 2015 we will see more and more emphasis on technology that returns us to the Moonshot roots of Silicon Valley.