I often sit across the table from a new or prospective client and am amazed that we’re both living in the same year. No, they didn’t pull up to the meeting in a DeLorean or have an Ace of Base ringtone on their cellphone.

What causes me to question if they’re aware that it’s 2014 is the way they are utilizing their marketing technologies.

Marketing automation isn’t a new concept. In fact, it’s been around for decades. Twenty years ago, instead of being added to an email drip campaign, marketers would enroll you in mailing campaigns if you took a certain trigger action: those people who signed up for the CD or DVD auto-ship programs in the late ’90s, for example.

So, when a CMO or CEO tells me that they’re using Hubspot, Eloqua, Marketo, or any other high-priced marketing software solely to send out newsletters or as just a blog posting tool, my eyes almost roll back into my head.

In my last piece, I briefly touched on digital marketers that don’t utilize their marketing software to the fullest. In fact, my exact words were “They’re spending all of this money on software that can perform like a Ferrari, and they’re driving it like a 1985 Yugo.”

But my hope is that 2015 is the year that this all changes.

Maybe, just maybe, we digital marketers can stop dragging our knuckles and stand fully erect in our marketing efforts. To this end, let’s examine some of the common marketing automation challenges and how the new year might fix them.

When I’m in meetings with clients and we discover that they’ve been piling their money up and then proceeding to burn it (yes, a $2,000 kickoff fee, plus $2,000 per month license is exactly what I’d describe as burning money), I immediately try to find the root cause for their misuse of technology.

It usually comes down to these culprits:

Those three issues make up the lion’s share of the reasons businesses are paying thousands of dollars a month for functions that are completed daily by hundreds of free WordPress Plugins.

You’d think that paying $2,000 to receive hands-on training with your new software would ensure that everyone who buys a license to a marketing automation tool would take advantage of the training. After all, they’re required to pay for training, so they might as well use it.

But shockingly, many do not. I’ve looked for statistics that quantify this, but I was unable to find them. However, anecdotally speaking, we find that a large portion of the companies we speak with paid for their kickoff and never attended the trainings.

Worse still, training tends not to increase either the usage of marketing technology products or the user’s confidence in them. According to research found in VB Insight’s State of Marketing Technology report, those who employed experts to help them with their marketing technology saw no improvement in usage (marketers use, on average, only 32 percent of the capability of each solution they implement) or confidence in the product after training.

Whether a company attends the kickoff training or not, they are then faced with the task of deploying the software and integrating it with their existing systems.

We see these deployments fail more often than not.

So, what usually happens is marketing will attempt to deploy the software all by themselves. Or they’ll create a ticket for IT to do it, but IT doesn’t understand the purpose of the software and will end up deploying it in a minimally viable fashion. 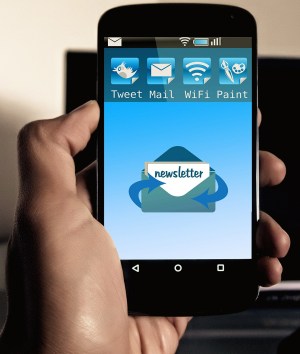 Let’s say that the company has successfully gone through its kickoff training, and it was also able to deploy the software in a successful manner. The third reason we see it fail is when the rubber meets the road, and there is little traction for the rubber.

Software adoption has been the bane of the SaaS industry since its inception. The idea that it’s hard to teach an old dog new tricks is true for business people as well.

I’ve seen companies paying thousands of dollars for a CRM, only to have their salespeople tracking leads in a shared Google spreadsheet.

Likewise, as I mentioned earlier, I often see companies spending well over $2,000 per month for a marketing automation tool, and all they use it for is to send out a monthly newsletter.

Getting buy-in from the front-line users is critical for any technology to succeed, and it can often be difficult for the marketing department to mandate these adoptions.

As the competition within the marketing automation space continues to heat up (ExactTarget being acquired by Salesforce, Hubspot’s IPO, etc.), we’re seeing innovative solutions being developed by established players and startups alike.

Hubspot’s CRM is a huge step for the marketing automation space. No longer will Hubspot need to ally with a third-party CRM. These integrations were challenging for companies to deploy and rarely involved real-time, bi-directional syncing. Instead, data was usually sent from Hubspot to the CRM, and rarely did the CRM send data back.

These integration issues forced marketers to work within silos. If they wanted to know the quality of the leads they were generating, they would often have to manually reference lead scoring data in the CRM and then compare that against their marketing automation information.

With Hubspot releasing a CRM, they’re bringing sales and marketing together. Salespeople will be able to update a lead with scoring and sales cycle information, and that data will immediately be available to the marketing department. In fact, the marketers will be able to develop workflows based on the inputs and triggers that are initiated by the sales team.

For example, if a lead is generated from a post on Twitter, the marketing department should have used a custom tracking URL to identify where that lead came from and what post caused it to become a lead. Then the sales team can contact the lead and then assign it a lead score. Based on that score, the marketing department will know which posts generate high-quality leads. That process also holds true for ads, content, and other marketing campaigns.

Launching a CRM is a direct shot across the bow of Salesforce, which owns a marketing automation solution in Pardot. And I would not be surprised if Eloqua, Silverpop, and Marketo are likewise working on a CRM solution.

Larger organizations have been reaping the benefits of a fully integrated marketing automation platform for years. But most companies don’t have the resources for a dedicated IT group that does nothing but ensure that data is being passed correctly from sales and marketing. Therefore, smaller and mid-market firms have often lacked insight into their marketing activities.

But, with several software companies becoming an all-in-one solution (Hubspot, Pardot/Salesforce, Zoho), the need for costly integrations is fast becoming a thing of the past.

These built-in integrations will fix the deployment and integration issues we often see.

So, how will the training and fulfillment problems be solved? Quite simply, companies will be forced by the market to fix these issues.

Marketing automation continues to grow. More and more companies are now utilizing the technology and deploying it with fantastic results. And it’s becoming more apparent that the companies not adopting the tech are falling further and further behind.

So, while marketing automation was a quaint new idea that had a lot of potential for the past few years, it’s now a necessity. If a company doesn’t adopt the technology, their competitors are going to take their lunch money like a 200-pound fourth grader with daddy issues.

Thus, trainings will be better attended because it will now be a mandate from the C-Suite. Additionally, the act of herding cats and getting departments to play nice will likewise become a C-Level mandate. 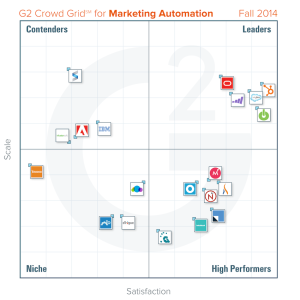 Marketing automation is getting cheaper

And finally, the main reason that 2015 will become the year that marketing automation takes off is the crop of new startups coming on the scene. There are now dozens of cheaper alternatives for all-in-one solutions. Some are freemium and require no kickoff fees. Some of these startups will gain traction and force the market to adjust.

The established players will modify their pricing (we’ve already seen Hubspot do so) or they will become more niche (Eloqua and Marketo becoming exclusively enterprise solutions), thereby clearing the deck for some of these smaller groups to carve out a portion of the market.

The more competition in the field, the better it will be for the consumer, and the more available and functional the tech will become. Thus, 2015 should usher in an era where almost any company can market like a Fortune 500 brand.

Mike Templeman is the CEO of Foxtail Marketing, a digital-content marketing firm specializing in B2B lead generation and lead optimization. He is passionate about tech, marketing, and startups. When not tapping away at his keyboard, he can be found spending time with his kids.