LAS VEGAS — The research says that one of the best things for getting us to work out is doing so socially, and adding in a bit of healthy competition and smack talking help a lot, too.

Social and competitive approaches are nothing new to fitness apps, but I saw one at CES that takes it to a new level. At the booth of Atlanta-based Wahoo Fitness, I saw a guy on a stationary bike pedaling and sweating away in front of a large monitor, which showed a high-quality gaming environment in which he was riding. His image appeared at the bottom of the screen.

The game is developed by a London and Long Beach, California-based company called Zwift, which will soon release the game in limited beta. 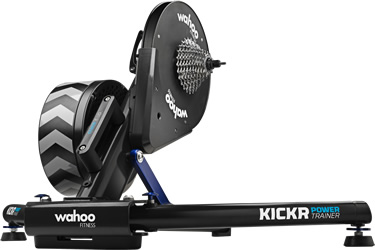 The back wheel of his stationary bike had been replaced by a machine made by Wahoo called the KICKR Power Trainer that measures how fast you’re pedaling and communicates it to the game via Bluetooth 4.0 and ANT+.

As the guy pedaled I could see on the screen that several other cyclists were on the road in the gaming environment on the screen. Then some appeared to pass on the left and right, causing our friend at the booth to pedal harder.

Those other cyclists were playing the same game. So, using the Kickr and a biking game, I could virtually race with my bike-loving friends in Los Angeles, New York, and Omaha, for example. 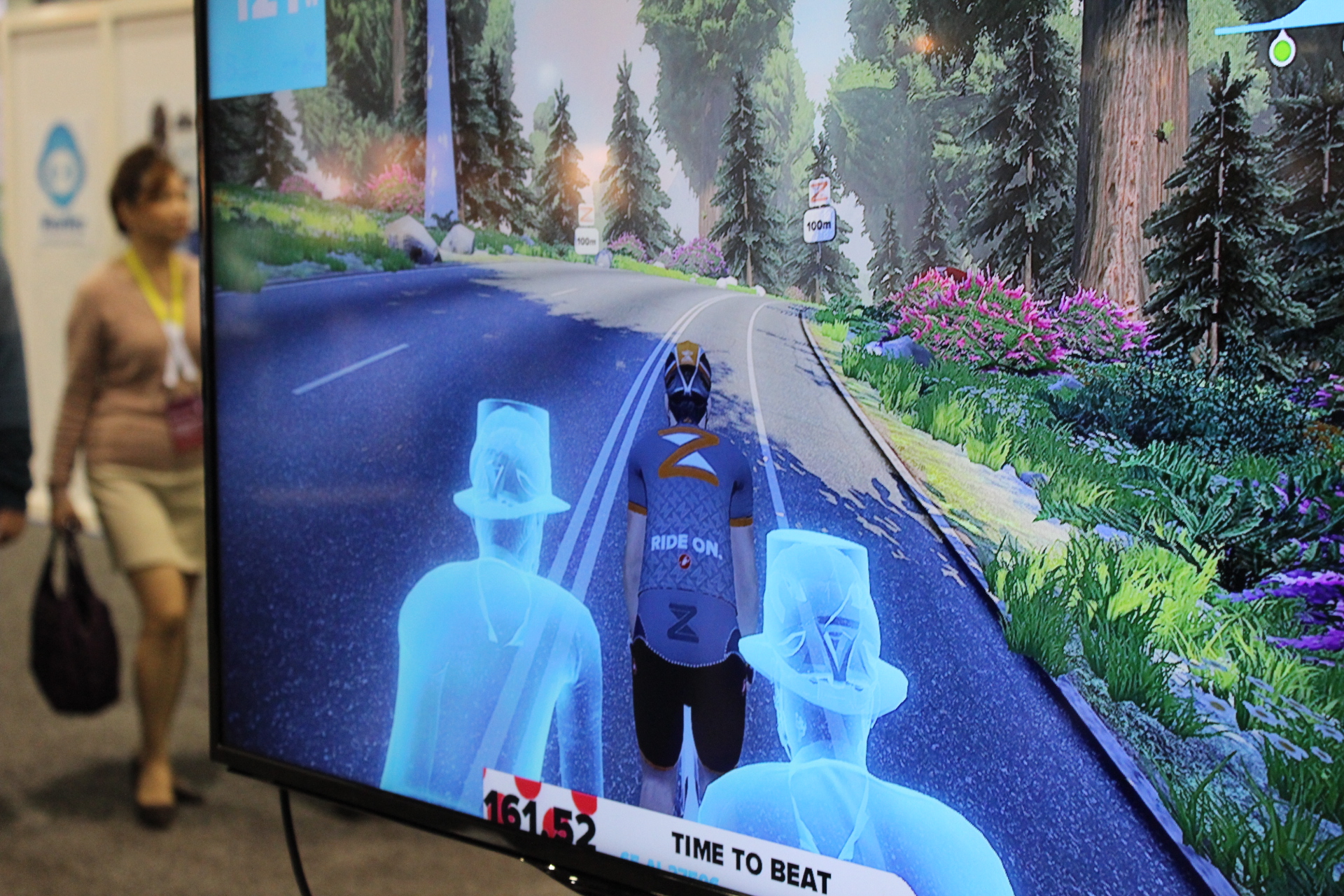 We would be competing with each other in the race, which could take place in a number of environments like “Tour de France” or “Swiss Alps.”

After an hour trying to beat your friends in this immersive environment (the developer, I’m told, came from the gaming industry), you might find that you’re soaked in sweat and about 1000 calories lighter.

What would you rather do while you’re on the bike — watch Oprah, or try to kick your friends’ asses in the Tour de Suisse?