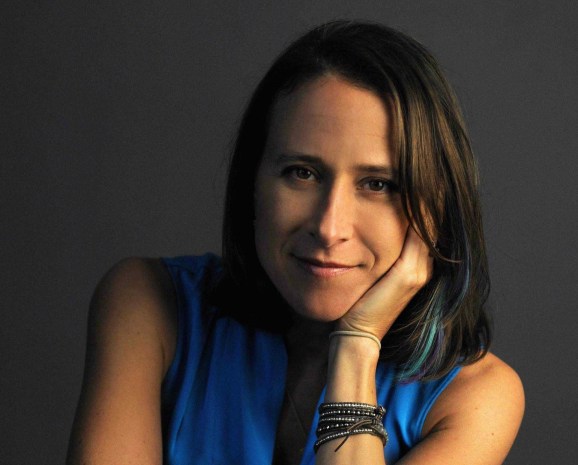 The consumer genomics company 23andMe announced a couple of major partnerships during the past couple of weeks — one with Genentech last week, and another with drug giant Pfizer this week.

But, as we learned from CEO Anne Wojcicki here at the J.P. Morgan Health care Conference in San Francisco, 23andMe has more genetic data partnerships than just these two — 12 more to be exact.

Wojcicki said her company has actually signed a total of 14 partnerships with private companies and universities. 23andMe simply isn’t talking publicly about the majority of them yet, two 23andMe spokespeople told VentureBeat yesterday.

If the other 12 deals are anything like the ones with Genentech and Pfizer, they could be very beneficial to 23andMe’s financial outlook, and its ability to continue building its database of whole-genome sequencing data.

A 2013 run-in with the Food and Drug Administration in 2013 caused 23andMe to stop providing people with its $99 test of consumers’ propensity for a whole battery of diseases. The company can still provide ancestry data to consumers based on their genome, however, and it’s now working with the FDA to get a single genetic test for Bloom Syndrome approved.

Helping Big Pharma and biotech players zero in on new drug therapies is a very good way for 23andMe to leverage the large amounts of genetic data it’s already gathered. It’ll keep the lights on, and then some.

In general, the partnerships will allow researchers to quickly run queries on more than 1,000 diseases, conditions, and traits so that they can identify new associations between genetic markers using the 23andMe data. Partners like Genentech and Pfizer will access 23andMe research services through a new Research Portal.

Pfizer, for example, will use the portal to run custom genome-wide association studies on 23andMe’s database of genetic data from more than 650,000 people. (23andMe says more than 80 percent of its customers have consented to add their anonymized genetic data to the database for this type of study.)

In the initial phase of the partnership, Pfizer will study 5,000 lupus patients (from the 23andMe community) to better understand the genetics of lupus.

As a result of an agreement announced January 6, Genentech will be able to access genomic data of 3,000 people from 23andMe’s Parkinson’s disease community. 23andMe will perform whole genome sequencing with the ultimate goal of helping Genentech identify new drugs for Parkinson’s disease, and provide additional information and evidence for existing investigational therapies in the Genentech pipeline, the companies said.

Some of the 12 unannounced partnerships include universities, but all, presumably, represent a potential income flow for 23andMe.

Wojcicki says she envisions a time when 23andMe can allow virtually anybody to run queries on its huge store of genetic data using a web portal. “Need to find out if there’s a possibility of asthma in this cohort? Just push a button,” she said.

23andMe is backed by Google Ventures and Facebook billionaire Yuri Milner, among others.