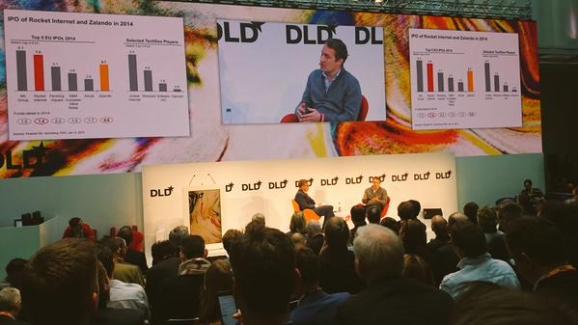 Silicon Valley hasn’t found much to love about Rocket Internet, the Berlin-based company that is often derided for simply copying everyone else’s ideas. Turns out, the disdain is mutual.

Press-shy Oliver Samwer, chief executive and cofounder of Rocket, appeared on stage today at the Digital Life Design conference in Munich, Germany, for a rare interview. While he didn’t say much new about Rocket’s business, and seemed clearly uncomfortable with having to field questions, he did manage to get in a few shots at the folks in Silicon Valley.

For instance, Samwer was asked about the idea that Rocket is an incubator, like the ones in a certain other high-tech regions. At first glance, that might appear reasonable. Rocket works with entrepreneurs to build Internet companies from scratch in areas like e-commerce and travel, scales them up, and then spins them out into stand-alone companies.

No, said Samwer. He said Rocket’s approach is a methodical process, repeated over and over. In what may be the greatest definition of incubators in history, Samwer explained why he thought Rocket was not an incubator.

“I don’t like this word incubator. We are a platform,” he said. “An incubator sounds like you have some crazy chairs, and then there are fancy drinks and you eat free corn flakes.”

See VentureBeat’s recent story on “venture builders” about companies like Rocket whose sole purpose is to develop startups in-house and then spin them off.

Asked about the challenge of attracting talent and competing for hires against the likes of Google, Samwer sung a similar tune. He said someone could take a low-level job at Google, or they could come to Rocket where they could eventually build their own company.

“The chairs might be more comfortable at Google,” he said. “And the drinks. I hear they have sushi. We are for the real people who want to build companies.”

One chair that did not appear comfortable was Samwer’s. At one point, after fielding questions from a moderator for 15 minutes, he said: “Again, you try to make me talk.”

Toward the end of the session, when time had run out, he asked the conference organizer seated in the front row to come rescue him as the interviewer tried to squeeze in one last question.