Netflix had thought it beat back the threat of piracy. Back in 2011, when it popularized movie streaming, Netflix traffic overtook peer-to-peer file sharing in U.S. traffic. “How Netflix is killing piracy” read a Slate headline. Indeed, Google trends data show how Netflix handily crushed torrent. 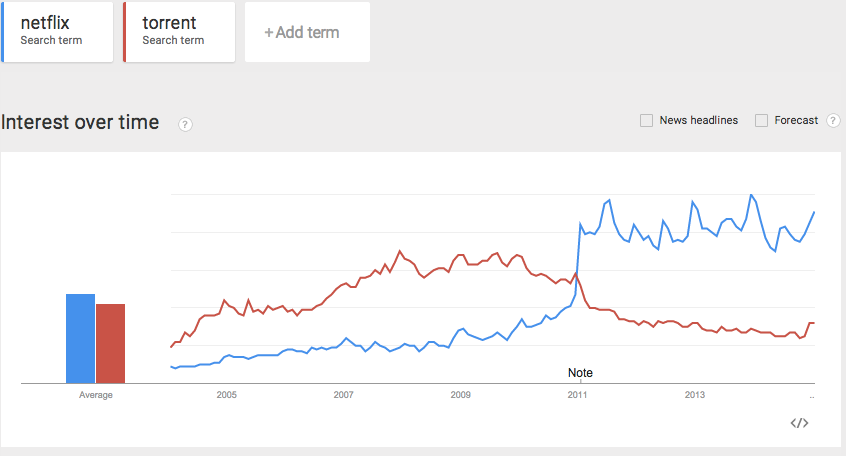 The reason was obvious: Pirating wasn’t so much about free material as it was about convenience. DVDs were a pain in the neck. Users wanted immediate access. In 2011, Netflix was faster than finding a reliable pirated copy, so people happily switched for a few dollars a month.

But then, savvy software pirates took a page out of their playbook and created “Popcorn Time,” a super-slick torrent application that was ironically dubbed “Netflix for Torrents.”

“Piracy continues to be one of our biggest competitors. This graph of Popcorn Time’s sharp rise relative to Netflix and HBO in the Netherlands, for example, is sobering,” Netflix wrote in their shareholder earnings reporter released yesterday [PDF].

The graph they were alluding to shows Popcorn Time now trending on par with Netflix in the Netherlands. 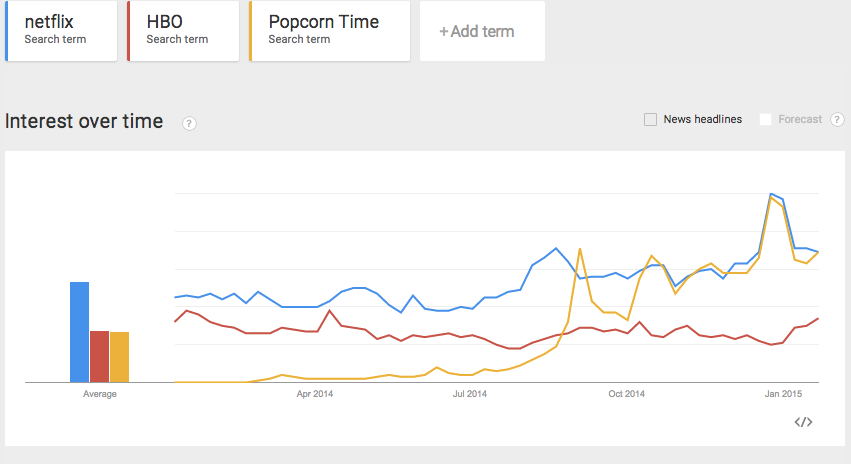 At the moment, this only applies to northern Europe. Everywhere else in the world, Netflix’s Google popularity is many multiples of Popcorn Time. But Popcorn Time’s popularity continues to surge upward. Below is a graph from search in California. 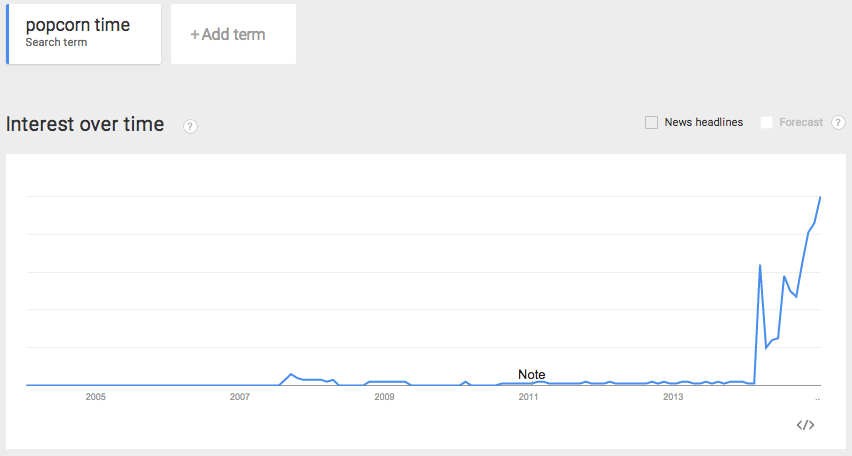 Popcorn Time has all the convenience of Netflix and includes all the new movies online available in theaters. It’s possible that the wild success of The Interview‘s direct-to-consumer launch could convince more Hollywood studios to publish movies online.

I think many in my peer group have no interest in going to a theater. Personally, I see it as a giant waste of time and money. I watch movies on my laptop in the comfort of my pajamas, while playing around on Facebook or getting work done. Lately, I’ve been doing my daily workout while watching iTunes early release movies. If it weren’t for the annual tradition of seeing a movie on Christmas day, I’d probably never visit a theater.

Netflix CEO is right: Piracy is a major threat.