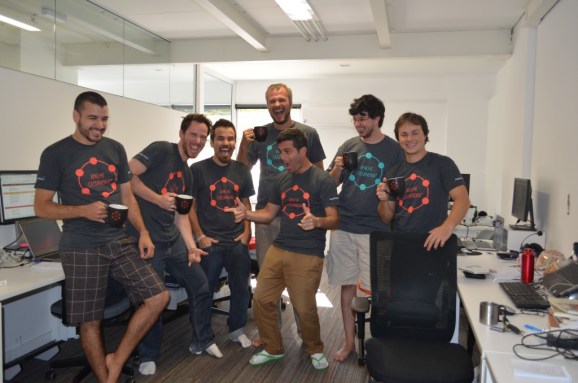 Aurelius is the startup behind Titan, an open source graph database. Titan will continue to be available, but now it’s the inspiration for forthcoming commercial software from DataStax, dubbed DSE Graph, DataStax said today.

A column-store-type database like Cassandra can reliably store data across servers in multiple places, while a graph database like Titan depicts the relationships connecting various entities. But while DataStax provides a commercially available distribution of Cassandra, it only had a partnership with Aurelius, DataStax cofounder and chief customer officer Matt Pfeil told VentureBeat.

DataStax customers were “really pushing us to do something” beyond the partnership and begin offering commercial support, Pfeil said. Going forward, DataStax will be able to do just that for a commercial graph database that has greater scalability than Titan and tighter integration with Cassandra.

Addition of new functionality, especially through acquisition, is an interesting way for a database startup like DataStax to grow, aiming for an eventual initial public offering. But it isn’t exactly an unprecedented move. The IBM-owned Cloudant database as a service last year introduced geospatial indexing and querying features. And database-as-a-service startup Orchestrate.io has sought to increase its range of capabilities, having started to build a publish-subscribe messaging component.

But in its class of NoSQL database startups with considerable funding, DataStax does appear to be more distinct now, given its acquisition of a startup with a special type of database. Basho, Couchbase, and MongoDB, among others, have embraced different expansion tactics in recent years.

Pearson liked this idea and gave the duo time to build software. And now, nearly four years later, Pearson is still a customer of Aurelius.

“A distributed graph database was something that was considered to be impossible,” Broecheler said. “Because of the connectedness of the data, people were making assumptions that you had to have it on one single physical machine.”

All eight Aurelius engineers will join DataStax, which is based in Santa Clara, California. Aurelius has always been bootstrapped; DataStax, for its part, announced a $106 million funding round in September.