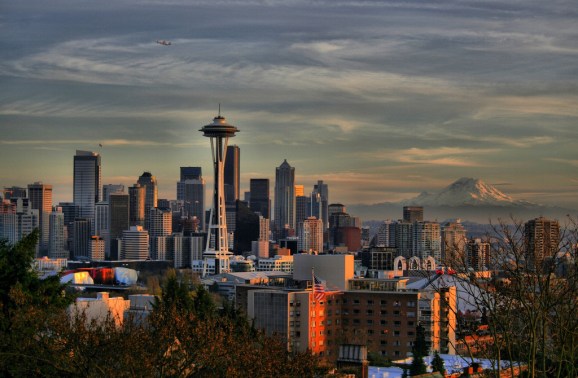 Seattle seems like an obvious enough choice for the next hot spot for developers. It sports two of the largest cloud providers — Microsoft, with its Azure cloud, and Amazon.com, with Amazon Web Services. Seattle has a strong university system as a solid feeder into those tech companies. Beyond that, the gravitational pull of Seattle is strong for anyone developing for the cloud.

So, why won’t it be the next hot spot for developers and cloud ecosystem partners to flock to?

First, it’s important to realize why Microsoft and Amazon are in Seattle. Bill Gates is from Seattle and decided to base his company there, creating an economic boom for the area. Jeff Bezos, founder of Amazon, which created Amazon Web Services, famously drove to the Pacific Northwest to establish the original online bookstore, Amazon.com. Bezos purposely located Amazon.com in Seattle to avoid having to collect sales-tax when shipping products to more fertile markets like California and New York.

Contrast this with Silicon Valley, with its deep roots in defense research, which created the initial “technological primordial ooze” for tech companies to spring from. Therefore, Seattle doesn’t have the deep roots to keep cloud innovations and developers there. In fact, for both of these companies, there was no compelling reason to start their cloud divisions in Seattle, except they were already there. Plus, both companies started their core businesses — which are unrelated to cloud — more than a decade ago. In that sense, Seattle almost seems like a random location from which to start cloud operations.

Next, the cloud ecosystem requires a diverse set of talents. Skills ranging from managing physical plant of data centers, large wide area networks to connect them, as well as software orchestration are all essential — Seattle isn’t particular strong across the board.

For example, SolidFire, a hot flash storage provider selling to cloud operators, chose to locate in Boulder, Colo. Why? Because, for the specifics of flash solid state drive storage, Boulder has more talent than anywhere else. When you breakdown the specifics of providing cloud services, there are many places across the nation that could claim to be better situated to provide the talent, knowledge, and support to making cloud and cloud software happen.

Another point that is often overlooked (probably because the market is growing so fast), is that cloud is more global than it is U.S.-centric as time goes on. Because of the nature of the product being a nonstop business, over time, technologists will probably take their cue from the financial markets and consider operating in time-optimized places like London. Besides being a solid city, London shares daytime with both Asian markets and the U.S. markets, making it a great place to operate. Once again, Seattle isn’t particularly attractive in this case.

Of course, the best way to judge is by what people are actually doing. IBM has established and recently announced it is growing its cloud presence in Raleigh, N.C. Rackspace, based in Texas, has job openings across dozens of cities, but none in Seattle. As mentioned before, both major cloud providers that are based in Seattle didn’t start as cloud providers. They started their cloud operations as offshoots of their core businesses, which happened to be in Seattle.

We’re not seeing competitors to either of these companies emerging from Seattle. In fact, many developer shops and cloud operators are putting branches in Seattle, not moving their HQ there.

While the birth of cloud computing started in Seattle, it’s unlikely that the center of the cloud universe will remain there. Successful developers will keep a look out to not where the puck is, but where it’s going. Technology moves fast, and with the growth of the cloud internationally, smart participants will study the space and go where the action is for their particular skill sets. Seattle is an awesome city with a great culture and tremendous talent.

While it will be relevant, it won’t be where developers and cloud operations flock to next.