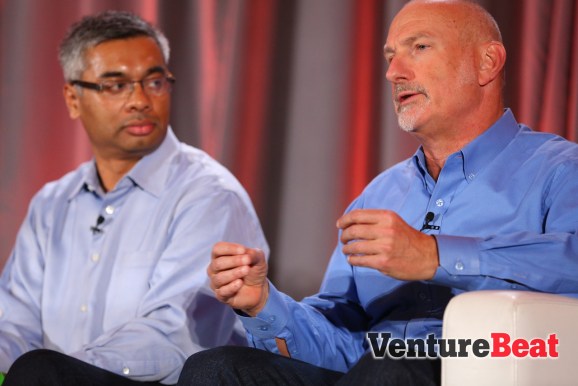 LinkedIn has spent years building an impressive team of about 150 data scientists, and last year it significantly changed the organization of the data-science team.

Now, as the company prepares for even more data-science evolution, two prominent members of that team are leaving.

Now LinkedIn is searching for someone to work in a new role at the company — head of analytics — that essentially blends these two types of data analytics that LinkedIn employees conduct every day. It’s a big responsibility, as the person’s team will include about 100 people, a LinkedIn spokeswoman told VentureBeat in an interview.

“You can imagine there’s a lot of opportunities for continued synergy and collaboration,” the spokeswoman said. The new structure should mean people inside the organization can be better synchronized with one another, she added.

Data scientists at LinkedIn pore over its heaps of data, make strategy suggestions, and design data-powered products and features.

Before the 2014 reorg, the data science team contained two subsections: the product data science team, where people came up with innovative new data-powered features that give off new data for analysis; and the decision sciences team, which analyzed key product metrics and explored usage data.

In the reorg, LinkedIn separated the subsections and moved them into separate departments. The decision sciences team now reports to the office of the company’s chief financial officer, while the product data science team joined up with engineering.

The shift united people who spent their time inspecting the growth of paid products like recruiting tools with data scientists who examine the ways people use LinkedIn’s free service. Having these two types of people report to a single executive is an understandable next step in this progression.

It’s not clear yet what Baer and Zhang will do now. It wouldn’t be hard to imagine one or both of them going on to form a startup. It’s a classic Silicon Valley move, and it’s also something their colleague Jay Kreps did after leaving LinkedIn. Last year Kreps gave up his position as principal staff engineer at LinkedIn and started Confluent. LinkedIn invested in Confluent, which was a first for LinkedIn.

Or perhaps Baer or Zhang could join other companies with growing data science teams, including Salesforce, which has hired several people who worked as data scientists at LinkedIn.

Baer has been at LinkedIn since November 2012. Before that, he spent more than three years at Zynga, as its senior director of analytics. Zhang started at LinkedIn in April 2010, after leaving eBay, where he was senior manager of site analytics.

Neither Zhang nor Baer immediately responded to VentureBeat’s request for comment.