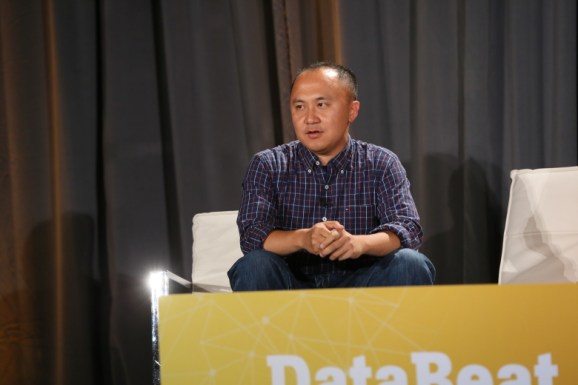 Simon Zhang spent his last day at LinkedIn on February 18, giving up his prominent position as senior director of business analytics at the business social networking company. But he’s not leaving empty-handed.

He’s got lots of experience working with people who need to analyze data to make better decisions. Now, that experience will come in handy. He’s planning to establish a startup with data-analytics software that could potentially have a major impact. He envisions marketers, product managers, and developers using the tool.

“I’d like to build a product that provides very, very easy and quick analytics results,” Zhang told VentureBeat in an interview today. “Ideally speaking, it doesn’t need people to do much work.”

Zhang is just the right type of founder who could appeal to investors looking for their next deal. Several business intelligence and business analytics startups have been acquired in the past few years — take for instance DataPad, Jaspersoft, Parastructure, and Pentaho — and the sentiment about making data actionable and accessible is not letting up. So one could say Zhang is making his move at a good time.

Another person who worked with data at LinkedIn, Jay Kreps, recently managed to secure $6.9 million for his startup, Confluent.

As for Zhang, he joined LinkedIn nearly five years ago, in April 2010, as a senior data scientist focusing on business analytics. He was the company’s 14th data scientist, and the first one to support monetization efforts at the company, he said.

He was promoted four times in a span of four years, he said. In his most recent role, he had 80 data scientists or analysts working for him, he said. Before arriving at LinkedIn, he spent three years at eBay, where he was senior manager of site analytics.

Zhang hasn’t secured any venture capital for the startup yet. He wasn’t able to name anyone who will be joining him. And he isn’t even sure what the company name will be, or where its office will be located. But all that will come in time, he said.

He does know he wants to make at least part of the startup’s technology available to use for free under an open-source license. Several pieces of core technology at LinkedIn has gone that route: Apache Kafka and Apache Samza, to name a couple. That stance has obviously rubbed off on Zhang.

And it sounds like the software from Zhang’s startup won’t be a simple dashboard. He describes the product as an “end-to-end solution,” suggesting that it will include more than what’s visible to end users.

But at the end of the day, it seems like he’s most interested in what people will see on their screens.

“You need to get very fast results,” he said.