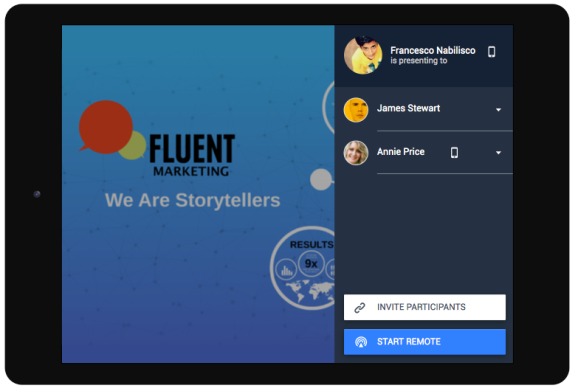 Popular presentation platform Prezi has finally launched a native Android app, letting its 50 million-plus user base view and deliver presentations on the move.

Prezi for Android quietly launched for users in Australia and New Zealand back in November, but it was a limited beta product at the time. Today, the app launches in full to everyone, anywhere in the world.

With offices in San Francisco and its native Budapest, Hungary, Prezi has built a solid reputation for its slick presentation-building platform, one that uses a “zoomable” canvas on which you can plot all the different components for your presentation.

The company has been funded to the tune of $70 million since it was founded in 2009, the bulk of which came just three months ago. Fresh from its gargantuan $57 million funding round in November, Prezi has been placing an increasing amount of focus on mobile in recent times. The company launched a new “Mobile Presenting” feature back in December that lets users give real-time presentations from their phones to up to 30 people in different locations.

And just a few weeks back, Prezi introduced its first ever standalone app aimed primarily at consumers, letting users create mini movies from any images stored on their iPhone. 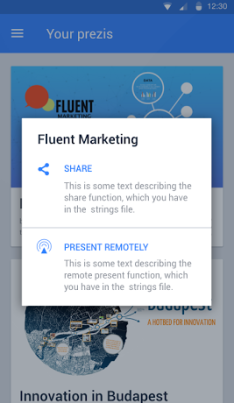 Above: Prezi for Android

Before today, Prezi already had two mobile presentation apps — a fully featured app for iPad that lets users create and edit presentations as well as view them; and one for iPhone that’s more about viewing and presenting remotely. Alas, the Android incarnation unveiled today is akin to the latter of these — it’s more of a “companion app” that still leans on the desktop experience (or iPad) for creating and editing presentations.

Android has been a long time coming for Prezi, something that’s echoed in the sentiments of the company’s users.

“Our users have been asking for an Android app for a long time, as they spend more and more time away from their offices,” explained Peter Arvai, CEO and cofounder of Prezi, in a press release.