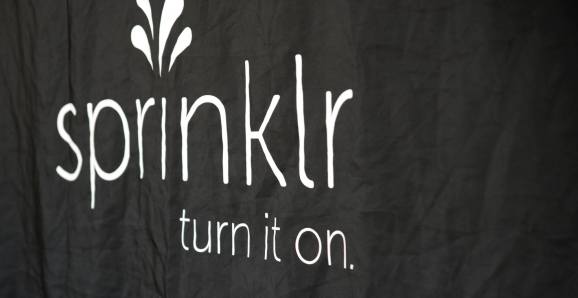 Sprinklr wants to be a complete social media solution for big companies as it prepares to go public. So it went and bought “community” website component provider Pluck away from Demand Media — seven years after Demand acquired Pluck.

Sprinklr will officially announce the deal later today, but it won’t be revealing the terms of the deal.

Pluck offers tools like forums, reviews, and galleries that companies can add to their applications. Pluck claims more than 600 customers, including Mattel, Nestle, Whole Foods Market, and Walgreens. And now all that business and all those tools are heading over to Sprinklr.

“When we had the opportunity to talk to Demand Media and understand there was an opportunity to acquire Pluck, we pounced all over it,” Sprinklr founder and chief executive Ragy Thomas told VentureBeat in an interview.

“For an enterprise platform that sits within a media company, it was more of a question of whether it was a true fit or not,” Teitelman said.

New York-based Sprinklr has bought a handful of companies in its quest to become a full-featured social media tool for businesses and become publicly traded, possibly later this year. Other recent acquisitions include Branderati, Dachis Group, and TBG Digital.

Thomas believes the Pluck acquisition should help companies use one piece of software — not two or more — to see what happens in social channels like Facebook and Twitter and then what happens later, when people actually go on to check out products elsewhere online.

“We’ll have a holistic view of interaction,” Thomas said.

Pluck started in 2003 and is based in Austin, Texas. All members of the Pluck team are joining Sprinklr, Thomas said.