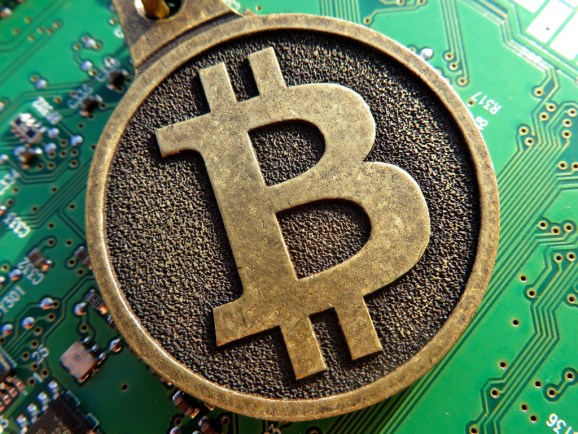 No one will deny that this has been a rocky year for Bitcoin. And we’re just two months in. From Ross Ulbricht and Charlie Shrem’s convictions to hacks at MyCoin and Bitstamp (and of course the lingering Mt. Gox albatross), 2015 has kicked off with more of a crash than a bang.

After the bottom out in January, the Bitcoin industry has ridden a few ups and downs. Spirits lifted momentarily on the news of Coinbase’s $75 million investment round. But they dampened once again with the bankruptcy at digital currency miner CoinTerra, millions lost at an exchange in Hong Kong, and Bitcoin’s legal status in Russia.

Yet amid the turmoil, the Bitcoin ecosystem has held together. Whereas the community may have once crumbled under the blows, today we see a stabilizing force in the industry’s underlying infrastructure. This newfound support for advancing the technology derives from four key institutions: 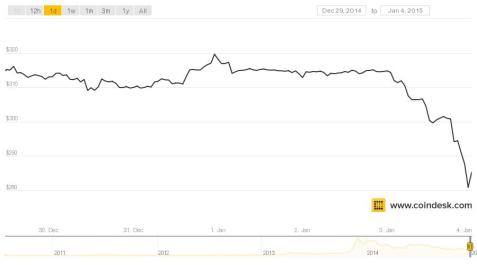 Coin Center is a nonprofit think tank and government advocacy organization focused on digital currencies. Public policy is a persistent pain point for Bitcoin. And despite years of regulatory uncertainty, it wasn’t until Coin Center opened its doors this past fall that Bitcoin had a voice in D.C. Coin Center has led vital revisions to New York State’s pending BitLicense, testified for the New Jersey Assembly on behalf of digital currencies, and partnered with the Congressional Internet Caucus at the recent, high-profile State of the Net conference in Washington. Rallying support for Bitcoin is no small feat, and Coin Center has shown smarts and tact in offering research and guidance without conceit or pedantry.

Another newcomer last fall is filling the vacuum of training and credentialing people working in Bitcoin. For those outside the circle but wanting to hire someone to do their Bitcoin taxes or legal work, it has been impossible to know who is a genuine professional. The Digital Currency Council (DCC) launched to educate and certify Bitcoin tax, legal, and financial specialists and provide tools and resources for those interested in the industry. By demarcating educational standards and best practices for the broader set of executives, the Council has established a needed baseline of core competencies in this rapidly expanding new market. 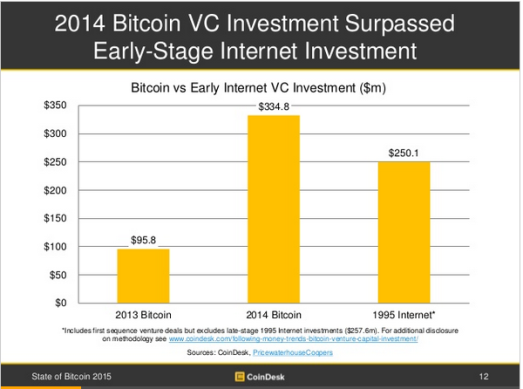 Finally, despite Bitcoin’s volatility and now lackluster price performance, venture capitalists have kept up their stamina. The Bitcoin industry passed the $300 million investment mark last year, surpassing even comparable 1995 Internet funding levels, and is aggressively moving into 2015. In addition to Coinbase’s big round in January, Boost VC is bringing in 24 new Bitcoin startups this spring, and Pantera Capital is spreading its investments into the emerging markets. Each injection of funding fuels greater confidence in Bitcoin and supplies the essential resources to build out the digital economy.

This infrastructure of course exists entirely to bolster the zeal and ingenuity of Bitcoin’s entrepreneurs and core developers. They are who spur the industry forward. Though there have been serious bumps along the way, stability in the ecosystem will lend the strength to speed ahead.