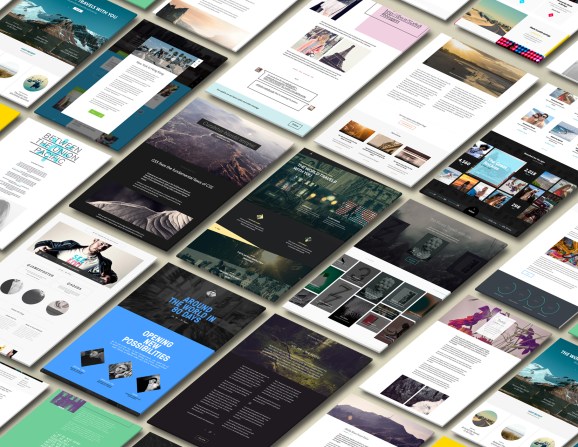 You don’t necessarily have to be a good designer in order to craft a slick-looking website.

New tools and features from website-building startup The Grid make it easier to build a handsome site even if you lack design skills. Now The Grid offers a Chrome browser extension, an iOS app, and a new system that elegantly places pictures, text, tweets, and videos on webpages — and applies color-appropriate backgrounds.

Such additions should make The Grid more compelling as it prepares for a full launch later this spring. But that’s not to say the original concept of The Grid isn’t already nifty.

“You just throw stuff in,” Dan Tocchini, chief executive and a cofounder of The Grid, told VentureBeat in an exclusive interview. “You don’t worry about what comes out through the other end.”

It’s clear that people like that idea. The startup is announcing that it has picked up more than $2 million in pre-sales. The popularity in new features follow the recent rise of Microsoft’s Sway service that automatically lays out content for mobile-friendly presentations. The difference: The Grid creates whole websites.

And now if you want to build a new site or add to existing ones, it’s easier.

Now you can create a Grid site on an iPad or iPhone. And you can take pictures and add them to Grid sites right from within the iOS app. 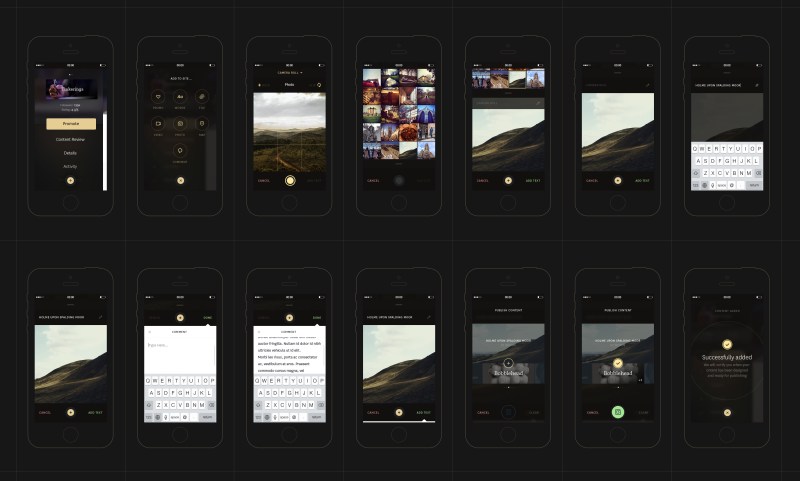 Above: The Grid’s iOS app.

The Chrome extension will allow Grid users to easily export content elsewhere on the Internet and add it to their own websites. (Safari and Firefox plugins are coming next, Tocchini said.) Once the extension is running, you can right-click on content and select “share.” That content immediately gets sent to a dashboard of all the content you’ve shared with The Grid. From there you can select several pieces of content and tell The Grid to throw them onto a given webpage.

While The Grid does handle many of those design decisions automatically, the service’s editor tool will take some human input. People will be able to move a slider on a spectrum between “simple” and “artistic” for each page. It’s also possible to “star” content to tell the system that it’s more important and therefore should be stuck at the top of a given website.

With all these features, The Grid does appear to stand out quite a bit from other web hosters, including Automattic, Squarespace, Weebly, and Wix.

That helps explain why Tocchini isn’t worried about competing with larger entities.

“Within websites there is no dominant incumbent right now,” he said. “It’s a very interesting time for websites right now.”