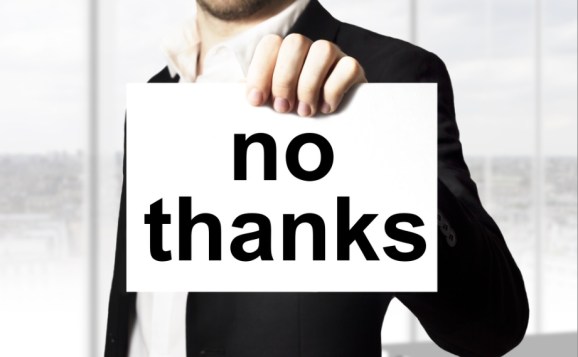 I spend most days (and way too many nights and weekends) thinking about, evaluating, visiting, and coaching startups. It’s a never-ending series of pitches from people telling me they are about to take over the world to become the next Salesforce/Splunk/EMC, etc. But rarely, as part of their presentations, do they admit or imply the simple truth:

They really don’t. Sure it’s fun to talk about startups. It’s a cultural obsession. Get my 15 minutes of fame. Be an overnight sensation. And it’s no wonder. Anybody who manages to bolt a new idea onto a workable business model has the potential to be rewarded handsomely. That’s a potential reality, if you’re willing, able, and lucky enough to make it happen.

But, all things being equal, given the choice between buying from an established, safe, well-known company or a bunch of ponytails and greybeards crowded around some folding tables in a converted warehouse … You can guess how that decision goes the vast majority of the time.

Think about cars. For about 70 years, anyone who needed one was looking at a shortlist of manufacturers with nearly indistinguishable products. Anything significantly different was hardly worth considering because of the painfully disruptive changes you’d have to make in the way you did things; we call this friction. Managing exotic fuels or power sources, unusual layouts, unique business models, all of it was fraught with tremendous hassle. For about one hundred years, the auto industry depended on this friction. The “pain-in-the-ass-factor,” or switching cost if you like, prevented any real competition or innovation.

Underestimating the “pain-in-the-ass factor” that will prevent a user from making a change is the biggest mistake startup founders and funders make. Efficiency is a driving force, especially in business. Users detest the unexpected above all else. For all the talk of “out of the box” thinking and “innovation,” just sit outside any major company at lunch and look at who walks out. Everyone is dressed the same; they call it standardization. Even a temporary blip is a setback. The only real change has been from bad suits to polo shirts and khakis (expensive designer jeans for the edgier folks).

You, the entrepreneur, are trying to screw with the one thing the vast majority of people and businesses rely on to be successful: routine.

Adopting some new, untested and unproven idea is simply not going to happen in the course of day-to-day operations. There’s too much risk that something could go wrong, and stuff always goes wrong with startups. Always.

Even in my own startup career, I managed to shut down a major trading floor in New York and accidentally brought down one-third of the Internet. Yes, a whole third. Shit happens with startups, and that’s scary for companies buying technology.

So what changed in the auto industry that made it ripe for disruption? In the ’70s, the first gas crisis created a demand for smaller, fuel-efficient vehicles. No one was asking for fundamental changes; everyone still wanted to buy standard cars with gasoline engines and familiar components like tires and doors and purchase them through familiar dealerships. That’s it. A sizeable segment of the public just wanted cars that were more fuel-efficient. How hard could that be?

Anyone who was alive way back then remembers what a ball-kick that simple request was to the U.S. auto industry. Even though the fundamentals were unchanged, the U.S. car industry was in turmoil trying to adapt. Some argue the American manufacturers were never able to fully recover as foreign competitors leapt in to fulfill the need.

Today, 40 years later, we find an ever-expanding list of vehicle options: There are a number of electric/hybrid cars (which have actually been around since the Civil War) at vastly different price points. Startups are getting ready to introduce cheap, three-wheeled vehicles in the United States (they look like they would be more at home delivering chapatis in Mumbai). There are even some guys building 3D printed cars.

Today you can spit in Kendall Square in Cambridge and hit a successful company or promising startup in the ground transportation space. What changed? Why are so many people buying from startups now when they wouldn’t for nearly two generations?

When I said people don’t want to buy from startups, I meant it in the general sense, as in “the people,” and if all things are equal. But there are individuals who will — folks who have an acute problem to be solved and are being ignored by the status quo. These individuals are your first customers and will take the risk of buying your product or service.

People will take the risk of buying from you out of a combination of vision and desperation. They are either in a market so competitive or a bind so large (often both) that they will need to work with an unproven startup. It’s not that they want something to function a little bit better than what they already have. It’s that they have a pain so acute their careers and/or quality of life will be a step function better using your product.

Look, if you had cancer and the Taliban had the cure for it … you see where I’m going with this, right?

Successful entrepreneurs realize that if they find a person in some kind of agony and make their life a step function better, they will be able to identify more folks in a similar situation and sell to them too. Continue to do this and eventually “people” will coalesce around your idea, momentum will change, and their behavior will match the new reality you’ve helped to create. Where your early adopters once stood will stand a whole new marketplace as everyone on Earth with a similar need becomes your target market.

Remember, everyone with the broad problem your business solves is your “addressable market.” This is the size of the opportunity upon which your company’s value will be economically judged. But, you won’t get there, at least not with me, unless you show me a path paved with the desperate whose way of life is at risk without your product.

Chris Lynch is a partner at Atlas Venture, where he focuses on big data and disruptive infrastructure. He has led investments in companies such as Hadapt, Nutonian, Threat Stack, and Sqrrl. He shares his thoughts on technology at appetitefordisruption.com.