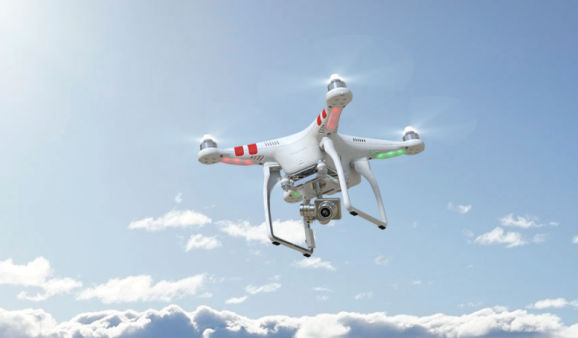 AUSTIN, Texas — The regulatory battle over the right to fly drones has heated up here, just in time for South by Southwest (SXSW).

According to Austin TV station KEYE, the city’s police chief has mandated that no one fly drones near big events like SXSW, on possible pain of prosecution.

“Believe me, in the state of Texas folks don’t like drones,” Austin police chief Art Acevedo said at a press conference earlier this week, “so if you operate one, we will get a call, you will be subject to confiscation or arrest.”

A city ordinance written to restrict the use of full-scale aircraft over Austin is at the heart of Acevedo’s justification for banning drones, according to the owners of a creative technology studio in town. Chaotic Moon Studios, which had been planning on flying a drone at SXSW known as “Tyrone,” which could “tag a wall with spray paint, accost onlookers with silly string, or deter attackers with a three foot flame,” put out a press release to decry the city’s ban.

“Drone Tyrone is about pushing the utility aspects of drone and beacon technology,” Chaotic Moon Studios wrote. “We wanted to prove that you can use these vehicles for more than just aerial photography.”

The studio said that the police department is basing its ban on City Ordinance 13-1. At his press conference, Acevedo said that unless a drone pilot “has an aircraft [Federal Aviation Administration] certificate of air worthiness and a pilot has an airman certificate,” flying a drone could put its owner in legal jeopardy.

Even with that documentation, he added, according to the TV station, “You are not allowed to fly low over crowds or in between buildings.”

Bryce Bencivengo, Austin’s senior public information officer, told VentureBeat that exceptions would be made for pilots who had made previous arrangements with SXSW, meaning there may be some drones flying around the event.

In recent months, regulatory agencies at all levels in the United States have been attempting to clarify rules governing where and when people may fly drones. Last month, the FAA issued new guidelines that, if adopted, would restrict the commercial use of drones that weigh less than 55 pounds, and would keep them to altitudes of less than 500 feet, and speeds of less then 100 miles an hour.

A number of parks around the country — including all National Parks — ban the use of drones, for a variety of reasons.

And there, are legitimate safety concerns. When an off-duty intelligence officer lost control of his drone in Washington, D.C., in January, the device crashed on the grounds of the White House. The drone’s maker, DJI, subsequently issued a firmware update for some of its devices that would make it nearly impossible to fly them within 15 miles of Washington. That update was later rescinded after it caused problems for drone pilots.

The general ban on drones near big events in Austin is particularly noteworthy given that South by Southwest is one of the most important gatherings of geeks and filmmakers, both communities that have latched on to drones with gusto. As a longtime SXSW attendee, I had expected to see many of them buzzing near the Austin Convention Center, SXSW’s home.

I still expect to, because I find it hard to imagine that any rules will deter all drone pilots, and of course, some may get permission. But as word of the ban spreads, I expect it will lessen much of the enthusiasm for flying. For good or bad, I’m a bit disappointed.