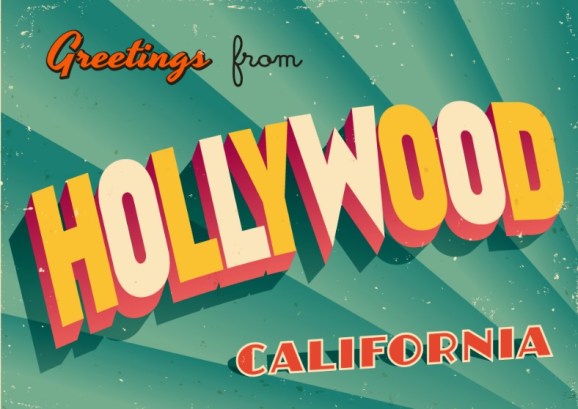 The summer of 2014 was the worst for Hollywood since 1997. Ticket sales from May to August from theaters brought in only $3.9 billion, a 15 percent decline compared to that same stretch in 2013, according to Rentrak a firm that tracks such sales. This is not a short-term problem caused by the new-found popularity of the World Cup with Americans, as some speculated last summer. Hollywood is an industry in decline.

Yes, there has been a one billion dollar blockbuster every year since 2009, when Avatar went on to gross $2.7 billion. But Avatar-size revenues look more and more like an anomaly, with recent hits fluctuating between $1 and $1.5 billion in sales. To make a blockbuster in Hollywood, it still costs a king’s ransom. Which concerns the industry greatly, especially since special effects technology hasn’t succeeded in bringing down the costs of production; instead costs are skyrocketing. Prior to 2004, a Hollywood blockbuster could be made for under $150 million, including top-grossing films like Shrek 2, Harry Potter and the Goblet of Fire, and The Lord of the Rings sequels.

The average production budget for a top-grossing film from 1995 to 2004 was $116 million. Since 2004 it has doubled to $210 million, a 181 percent increase. However, revenues are not growing at the same rate. They grew a mere 122 percent in that period (this is with Avatar removed. If you include Avatar, revenues grew 144 percent. Which is better, but still problematic).

But what has film execs really worried is the knowledge that the global market for films isn’t as profitable as North America, although revenues from overseas continue to offset the North American decline. According to one analyst quoted in The Economist, Benjamin Swinburne of Morgan Stanley, “Between 2007 and 2011, pretax profits of the five studios controlled by large media conglomerates (Disney, Universal, Paramount, Twentieth Century Fox, and Warner Bros) fell by around 40 percent.”

Yes, Hollywood has managed to maintain its audience and tap global markets, but it faces growing competition from both the high and low end. On the high end, streaming video services like Netflix and Amazon Prime already have a contentious relationship with Hollywood. Not satisfied with simply being retail outlets for Hollywood productions, their investments in their own entertainment properties have seen notable success.

While data on how popular their own shows are is not public, they had critical success with House of Cards. The series won a slew of awards and nominations from the Golden Globes, the Emmys, the SAG awards, and other, lesser-known awards shows. This clearly shows that the chinks in Hollywood’s armor are significant and that digital disruption has created serious competition at the high end of the market.

At the low end, the decline of the home DVD market, due to the rise of Internet video streaming services has almost destroyed that entire segment. Illegal file sharing hasn’t helped, either. According to research by PricewaterhouseCoopers, physical home entertainment revenue will decline 28 percent from $12.2 billion last year to $8.7 billion in 2018. This year, the total revenue from video streaming will match that of physical home sales.

Straight-to-DVD entertainment companies have all taken a huge hit from this transition. Making matters more difficult for them, the streaming audience has consolidated into a few at-scale players, Netflix has the lion’s share of viewers, with 57.4 million subscribers worldwide. This makes it hard for a small straight-to-DVD player to get a seat at the streaming table. While adult content and other types of low-end entertainment on the Internet are more popular than ever, such content has proven difficult to monetize. Advertisers won’t touch it, and charging for it has only had fleeting success.

Hollywood Even Loses its Monopoly on Celebrities

An-eye popping headline ran in a recent issue of Variety magazine, “Survey: YouTube Stars More Popular Than Mainstream Celebs Among U.S. Teens.” It looks like social media finally has succeeded in breaking Hollywood’s long-held monopoly on celebrity creation. The top five stars on that list have their origins on YouTube and continue to reach massive audiences on that platform. Television and film played no part in their rise to fame. While none of these YouTube stars will make the A-list at next year’s Oscars celebration, advertisers have taken notice.

The YouTube platform reached a billion dollars in revenue in 2014, as advertisers have had to look elsewhere to reach teens and millennials, who are just not watching regular television. Production companies have grown up around these stars, and product placement in their videos is a big business, particularly in the beauty category.

Twitter, Vine, and Instagram have succeeded here as well, although to a lesser extent than YouTube, which is probably due to YouTube’s maturity. It was founded in 2005, which makes it a granddaddy when compared to Instagram (founded in 2010).

In the past, crossover celebrities like Kim Kardashian, parlayed their Internet popularity (from a leaked sex tape, no less) into mainstream television deals, with social media acting as a promotion channel. Today, this is changing as monetization options on social media increase and audience sizes dwarf those of many cable channels.

The Vine format, which limits users to seven-second clips, seems to work particularly well for comedy. Jerrome Jarr is a 24-year-old aspiring comedian who has over eight million people following him on Vine. That level of popularity on the platform was enough to land him a feature in People magazine. Also, he has successfully leveraged social media to build a big audience and is turning down one million dollar endorsement deals. He accomplished all of this without the aid a well-connected Hollywood agent.

The recent acquisition of Niche.co by Twitter, a company that specializes in sponsored product placement for social media stars, demonstrates just how fast the space is growing. Hollywood will continue to dominate in A-list celebrity generation, and its ability to create mega-blockbusters is still unmatched. But for how long? It’s anyone’s guess.

Gregory Kennedy (@iamgkennedy) is cofounder of the Uncharted Minds Thought Leaders Series in San Francisco. He is also director of content marketing at AdRoll and previously held marketing roles at TapSense and InMobi. A former UI designer and creative director, he has written about tech trends for a variety of publications.