Memory chips have never been more important in electronic products, from wearable devices to game consoles. The amount of main memory in a system often defines what it is capable of doing. Micron Technology is the last of the major manufacturers of main memory chips (dynamic random access memory, or DRAM) in the U.S., and it has grown huge with $16 billion in revenues last year.

So it’s only fitting that the company opens a customer engineering lab in Silicon Valley, the epicenter of electronics and the home of many of Micron’s major customers. About 450 of Micron’s 30,000 employees are in Silicon Valley, but most are from acquisitions and the company recently gathered them all at a site in Milpitas, Calif., and opened up the new customer lab. I took a tour of the lab today. I saw engineers prying apart gadgets like Xbox One game consoles and sticking probes into them to figure out if they were working properly. It was a rare glimpse inside what goes on behind the scenes in the labs that make the digital world spin.

I played Call of Duty: Ghosts on an Xbox One that looked like it was having a brain transplant. As I fired shots at bad guys in outerspace, I could see the data pattern go crazy on the oscilloscope that monitored the data write and read processes. 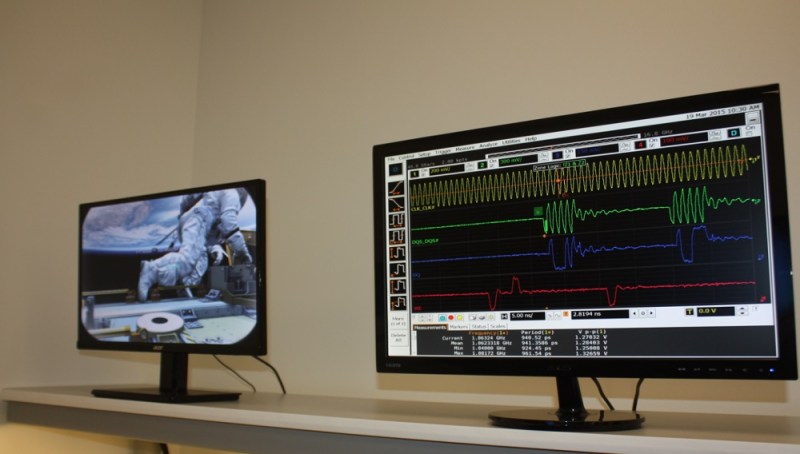 Above: The red graph shows what happens to memory reads and writes when you play Call of Duty: Ghosts.

Tom Eby, vice president of compute and networking at Boise, Idaho-based Micron, said that memory has grown to be about a third of the total area consumed by silicon chips in many electronic systems.

“Memory has never been more important,” he said. “The most important products in the world are differentiated by the amount of memory they have.” 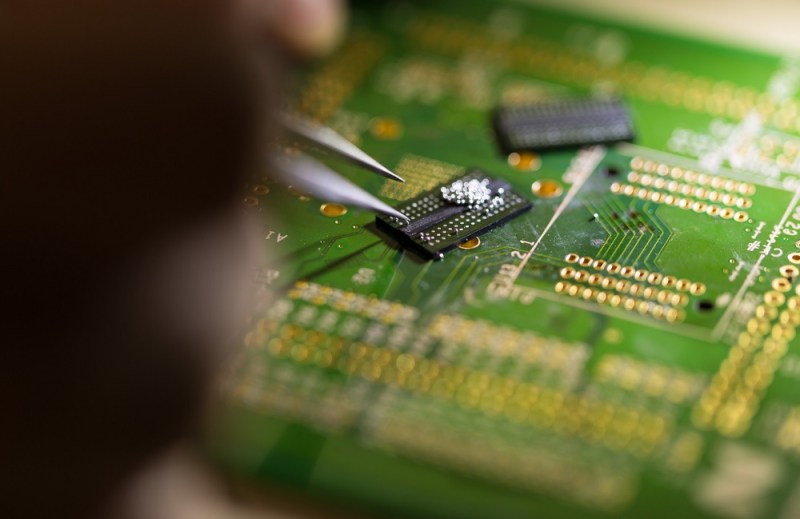 Above: A close-up of a Micron DRAM chip.

Micron has eight engineering labs around the world in electronics hot spots: Idaho, Germany, China, Taiwan, South Korea, Japan, Singapore, and now Silicon Valley. The engineers check to see if memory chips are living up to their specifications on things like speed and power consumption. They see exactly how memory gets used in client applications, and they report the feedback to Micron’s chip designers and marketers. The labs have just about 30 people around the world, with 100 more in support. That may not sound like much, but the engineers are experts at making memory and machines work properly.

It’s important to get memory working right, since chips always have measurable differences in quality as they come off the line. If a product consistently fails, then it can result in system failures and costly product returns. Product cycles are shorter these days, and so is the time window in which a product must be designed. Memory systems are also increasingly complex. So the stakes in making sure that memory functions properly are high. 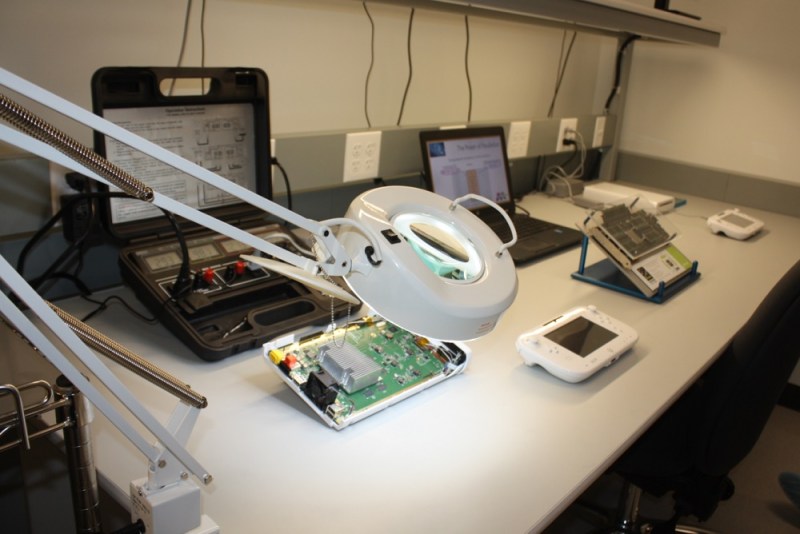 Above: A disassembled Wii U game console at Micron’s engineering lab.

“The knowledge we gain helps us tune our future solutions to customer needs,” Eby said.

The lab focuses on memory in networking, machine to machine, mobile, cloud, and big data applications. Micron’s lab is one of many such satellite offices for international tech companies. These offices tap Silicon Valley’s labor pool for skilled engineers, and they compete with local giants like Google, Apple and Facebook. Because the customers are concentrated in Silicon Valley, it also makes sense for Micron to set up a place where customers can evaluate their memory chips and products. 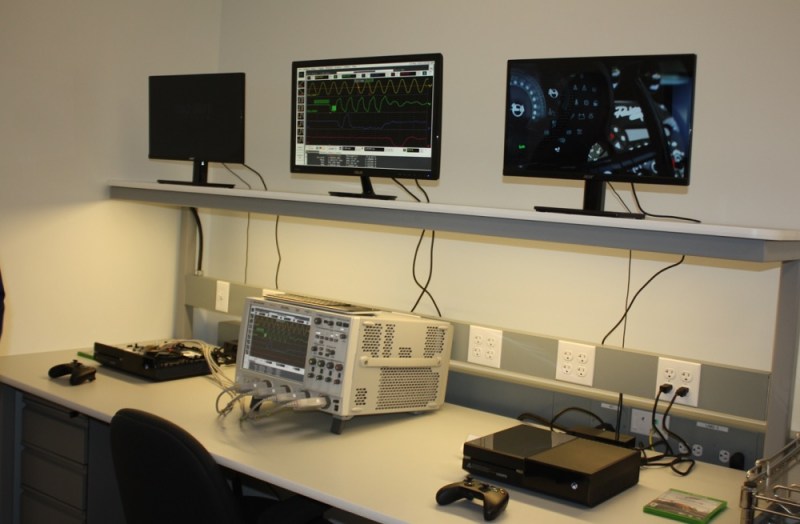 Above: An oscilloscope probes the memory of an Xbox One game console.