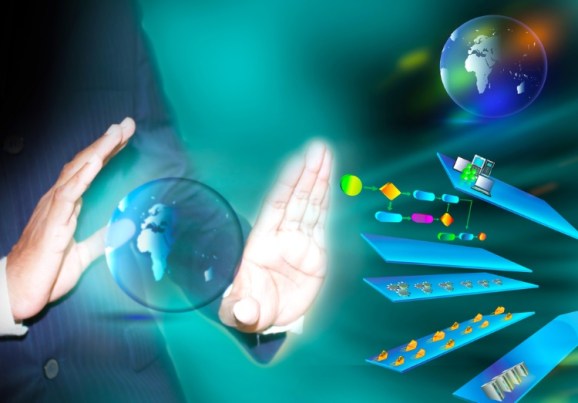 Think about your phone for a second. How many apps do you use on a daily basis? How many of those sync with each other, or with apps on your phone or your laptop? It doesn’t matter if you have an Android or iPhone — if you wanted to switch to the other team, how long would it take you to recreate all of that functionality?

Now how do you feel about switching?

That’s why Apple and Google have invested so much in their consumer marketplaces. These ecosystems benefit everyone involved: The consumer gets access to life-improving tools, the app developer gains exposure and profit, and the company that runs the marketplace builds engagement from both developers and consumers.

Now translate that thinking to an enterprise IT platform, where the stakes are so much higher. If you cringed at having to reconfigure your desktop calendar to sync with a different kind of phone, imagine how you’ll feel about swapping out a CRM solution or helpdesk platform that’s connected to four or five other tools your employees depend on.

While the enterprise app marketplaces are certainly not new, they have much to learn from their consumer-minded peers.

Now don’t get me wrong. Salesforce AppExchange, the Microsoft Office App Store, and the Google Apps Marketplace have become the three dominant enterprise marketplaces. Tech journalists have mostly overlooked the role of those marketplaces as distribution channels for companies like mine to share their applications with the widest audience.

BetterCloud would not be the company it is today without the distribution we’ve received through the Google Apps Marketplace. In two years, we scaled from zero to 50,000 installs across over 30 million users. This kind of distribution simply wasn’t possible prior to enterprise app marketplaces. We could never have grown so quickly — especially in the business apps world — without such a distribution channel.

As much as the marketplaces have helped, there’s more they can do. Here are four ideas.

1. Bring apps more to the forefront. Salesforce, Google, and Microsoft must make their marketplaces much more visible within their native platforms — just as Google and Apple have done with their mobile consumer app marketplaces. Right now, it can be difficult to even find these third-party applications, and the applications are not presented in context when a user might need them most. Users should be exposed to third-party applications, with selections customized by organization size and industry, when they may be facing problems those applications could solve.

2. Promote, promote, promote. The most successful app stores are the ones with actively curated content — haven’t you ever tried out an interesting-sounding widget because it was featured in the app store on your phone? Salesforce at least tries to do this, by promoting top third-party applications to its customers once a week via email. This approach drives potential customers back into the marketplace. The other enterprise app marketplaces could improve in this area. These organizations (Salesforce, Google and Microsoft) know so much about their customers, they should be able to recommend precisely the right applications at precisely the right times in the customer’s lifecycle.

3. Showcase success. Illustrating how customers use their platform with these integrated applications has proven to drive even greater integration, improving customer satisfaction. Each year, Salesforce’s Dreamforce conference focuses more and more on the value of Salesforce when used with a specific set of apps that attendees can relate to and use themselves.

When a third-party tool becomes dominant in an ecosystem, it doesn’t just sell itself — it sells the ecosystem. It expands the functionality of that platform to make it a viable solution for a greater range of customers, and it leads more customers to renew their year-on-year investment in Office 365, or Google Apps, or Salesforce, by increasing their dependence on the ecosystem as a whole. This is why partners like Marketo are so important for the growth of Salesforce. SugarCRM customers looking to adopt a better CRM might consider buying Salesforce just to use Marketo’s product.

4. Proactive distribution. The next big opportunity for these platforms lies in striking deals with the most popular integrated applications in their marketplace and including them in bundles for new customers. Much like the purchase of a PC that comes loaded with preinstalled applications — often free for a limited time — or a new phone preloaded with certain apps, this would be a welcome course in the enterprise apps world.

Small businesses looking to integrate to a cloud platform who require tools like a full cloud office suite, social media integration, a CRM, and an email marketing solution would benefit greatly from preloaded marketplace apps. Larger companies in regulated industries would benefit from a product that will secure their domains and encrypt their emails in order to meet compliance regulations.

Salesforce, Google, and Microsoft stand to gain new customers and increase existing customer satisfaction and loyalty by investing in their marketplaces and promoting apps that integrate with their platforms. As any successful tech company realizes, without adapting and picking the right partners, you’ll quickly find yourself on the forgotten side of commerce.

David Politis is CEO of BetterCloud.