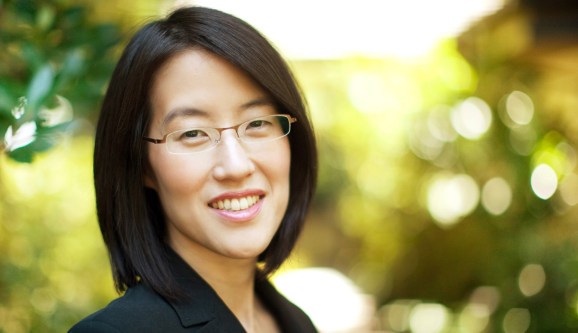 Both lead attorneys in the Ellen Pao vs. Kleiner Perkins sex discrimination case have now completed their closing arguments in a San Francisco courtroom.

Both sides seem to agree on the major events of the case — Pao’s various roles in the firm, her reviews, her eventual discrimination suit in 2012. What they disagree on are the motivations behind those events.

Did Pao file her discrimination claim because she knew that her movement up the ranks at Kleiner had stalled? Did Kleiner stop Pao’s advancement at least in part because she’s a woman, then retaliate against her after she filed her complaint?

The day began Monday with the judge laying out the case for the jurors and giving them parameters by which to decide whether or not Kleiner discriminated against Pao. The burden of proof is on Pao’s side to prove that she was harmed and robbed of wages by Kleiner’s denying her promotions and eventually dismissing her at least partly because of her gender.

Exelrod yesterday told jurors that the high-profile venture capital firm was a “boys club” that wasn’t used to promoting women to the powerful role of managing partner — a promotion that results in a 5x wage increase.

“The evidence in this case compels the conclusion that men were judged by one standard and women by another,” Exelrod said. “The leaders of Kleiner Perkins are the ones responsible for this double standard.”

Pao had worked for Kleiner for seven years before she was fired in 2012. She filed a discrimination complaint against the firm in 2011, claiming that she was being held back from advancement in the firm at least in part because of her gender.

Exelrod argued that Pao brought in more money from investments than her male counterparts, yet was passed over for promotions. Exelrod said Pao was further discriminated against after filing the claim, and then eventually was fired.

Where Pao’s version of events says that she filed her discrimination claim because she’d been discriminated against based on her sex, Kleiner’s side says that it had already become clear to Pao that she wouldn’t be promoted to partner by 2011, and that’s why she filed the complaint.

“The complaints of Ellen Pao were made for only one purpose – a huge payout for team Ellen,” Hermle said.

The Pao side claims that Kleiner had already decided it wanted to get rid of Pao before it gave her performance reviews that were “fabricated” to fit that pre-existing desire. Of course, the decision to terminate must be based on the review, not the other way around.

By the end of her remarks on Tuesday, Hermle had Exelrod’s case so spun around that she had Kleiner partner John Doerr (and Pao’s manager) sounding like the real victim in the case.

Hermle: “Think about the irony — Ellen has made the most public of claims, attacking him and his colleagues in a host of wrongdoing — fraudulent reviews, excluding women from events, giving her a prize-winning poetry book — as you recall, she met with reporters she described as her friends after filing the lawsuit. Her lawyers talked to the press. She’s made a determined, deliberate, sustained attack on Kleiner, and she made sure the press knew all about it.”

Hermle wrapped up her comments at about 9:45 a.m. on Tuesday, but that wasn’t the end of the show. Therese Lawless, one of the two founders of the firm representing Pao, Lawless & Lawless, was allowed to give a rebuttal.

Lawless tried to establish that the perception of Pao’s performance at Kleiner changed dramatically after she filed her discrimination claim in 2011.

“When John Doerr saw what was going on in 2011, this man who had worked with her for years, he wrote (in an email) ‘I’m concerned with inequities in our partnership and inconsistencies among our practices’ and then he goes down and he says, ‘I don’t know how a junior partner could have had a better year than Ellen did.'”

There seems to be no disagreement that things indeed did change radically in 2011 — the question is whether or not they changed because Pao had filed a complaint, or because she wasn’t making the grade for partner. The whole case hangs on that question, and it’s Pao’s burden to prove the former is true.

Lawless: “When she called John Doerr on the culture, when she demanded change and they were unwilling to change, she stood up to them, and that’s when she got fired,” Lawless said. “And what happened between the time he wrote that and the time she was fired? She filed a lawsuit. Retaliation. That’s why she lost her job.”

Then Lawless took a (rhetorical) swing for the fence, framing the case as not just about one woman and one firm, but about a whole culture and a whole industry within it.

“Just remember. You are the conscience of this community. And let Kleiner Perkins and the venture capital firms know that every employee who works hard deserves a fair and equitable workplace.”

Then Lawless sat down. Pao gave her a sitting hug. The jury exited through a side door.

The next step is a verdict. We’ll be waiting for a few days before we hear that. If the verdict is “guilty” the next step is to set damages, and to decide whether or not Pao should receive punitive damages.

Hat tip to Liz Gannes of Re/code for her furious live blogging at the trial today.