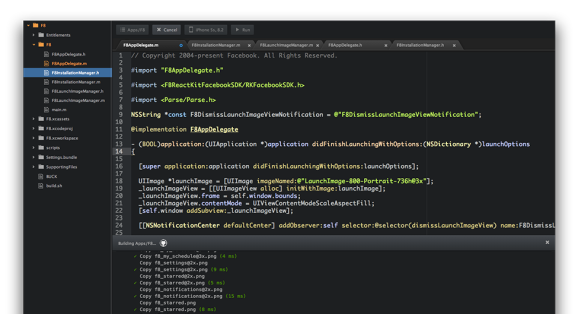 And parts of the system — which features auto-completion and a JavaScript type checker, as well as Facebook’s new React Native library — could well become a part of Atom.

“Nuclide is a set of packages implemented on top of Atom, and we are working closely with GitHub to contribute upstream to the core project,” states Nuclide’s purpose-built website.

Nuclide is one of several open-source tools for developers that Facebook unveiled at its F8 conference. Others include user segmentation tools Year Class and Connection Class.

Facebook is encouraging developers to join the Nuclide Facebook group — of course! — to get updates on the IDE.