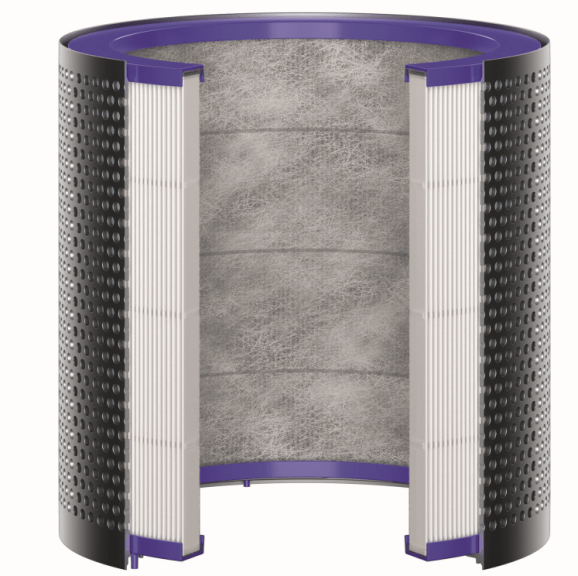 Dyson first made a name for itself with bagless vacuum cleaners more than 20 years ago, and has since launched everything from fan heaters and air multipliers to hand dryers and washing machines. Today, Dyson is lifting the lid on the next product category to emerge from its vaults: air purifiers.

The U.K-headquartered company quietly unveiled the Dyson Pure Cool in Japan a couple of weeks back, but it won’t be available to purchase there until April 7. Today, however, represents the product’s first official launch, kicking off in China, a country that has long been plagued by pollution, with an estimated 1.2 million premature deaths attributed to bad air according to a 2010 Global Burden of Disease study. There is a similar situation in Japan too.

While air pollution is one of the main reasons behind Dyson’s launch market strategy, we’re told that other countries around the world will be able to buy the product in the future, including the U.S., which isn’t impervious to air pollutants either.

The Dyson Pure Cool uses a 360-degree glass high-efficiency particulate arrestance (HEPA) filter, which it claims removes “99.95% of harmful ultrafine particles from household air.” It uses the same technology from the Dyson Air Multiplier fans to help circulate the resulting clean air around a given space.

Some studies suggest that ultrafine particles (UFPs) — that is, particles of 100 nanometers (NM) or less in size — emitted from the likes of car exhausts can lead to heart disease and other ailments. So those living near traffic congestion, in particular, are the key target market for Dyson here.

“There is more in the air than meets the eye – the really harmful pollutants are those we can’t see,” explains James Dyson, founder and chief engineer at Dyson. “Throughout the development of Dyson Pure Cool, Dyson engineers focused on capturing the ultrafine particles that can travel deep into your lungs – developing a machine which captures particles as small as 0.1 microns.”

In terms of pricing — well, the Dyson Pure Cool isn’t cheap. VentureBeat has been given two prices for the contraption, one in Japanese yen (¥69,984) and one in Chinese yuan (RMB 5,190), but when converted into U.S. dollars, the prices range widely, from $580 to $830 respectively. Still, this gives us an idea of what to expect when it launches in other markets — it’s safe to assume that it will be somewhere in the $500-$700 price range.

While the company’s decision to launch in Asia first is partly down to the inherent air pollution problems, there is more to it than that — the Dyson brand is big in Asia. In Japan, Taiwan, Singapore, and Hong Kong, Dyson claims that it’s now the leader in the floor-care market. China too is growing. A spokesperson tells VentureBeat:

Growth in China in particular is strong — at current growth rates, China can soon become Dyson’s bestselling market — we tripled the size of our business there in 2014. In Taiwan, January sales were up 250 percent compared to the year before. We hope that this new Dyson technology will accelerate this growth.

Two weeks back, Dyson revealed a $15 million investment in solid-state battery company Sakti3, representing one of the first investments to emerge from the $2.3 billion fund it set aside to invest in “future technologies,” this includes $1.5bn specifically for research and development around new product categories.