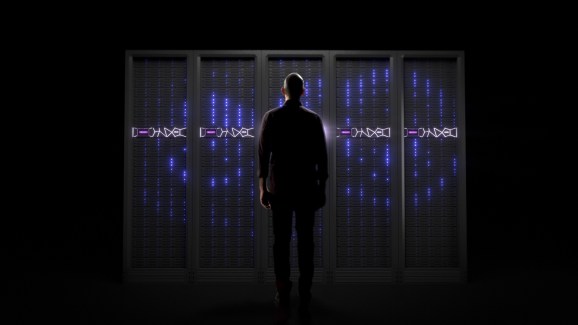 Rendering of a Nebula server rack.

Nebula, a startup that has sold data center hardware for deploying the OpenStack open-source cloud software, announced today that it has closed down.

“This is a difficult announcement for us to make and we want to assure our customers, shareholders, and employees that we have worked hard to explore alternatives and exhausted all potential options,” Nebula said in a message posted to its homepage.

The startup brought on a new chief executive, Gordon Stitt, in 2013. He replaced cofounder Chris Kemp, who is noted as a cofounder of OpenStack, as well as a former chief technology officer at NASA.

Kemp previously made bold claims about the economic advantages of Nebula.

A deployment on the Amazon Web Services public cloud with 320 terabytes of storage (at 10 cents a GB a month) and the equivalent of 480 cores (at 12 cents an hour) in three years could easily cost more than $5 million, while a similar setup using Nebula’s Cloud Controller (a two-rack-unit) and off-the-shelf servers would run less than $500,000, Kemp told VentureBeat in a 2013 interview.

Nebula started in 2011 and had offices in Seattle, Wash., and Mountain View, Calif.

“[W]e are deeply disappointed that the market will likely take another several years to mature,” the management team wrote. “As a venture-backed startup, we did not have the resources to wait.”