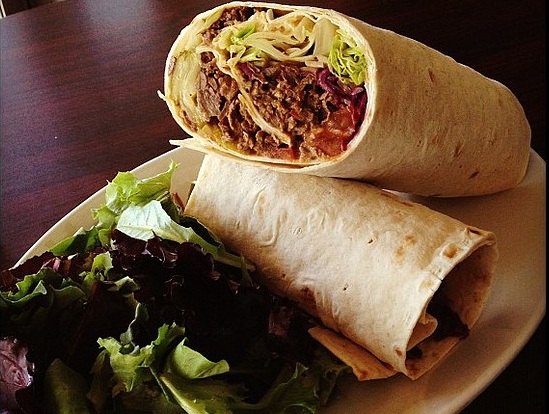 Jack Dorsey’s Square is hunkering down on food delivery with its latest acquisition.

Today Square announced it is integrating Fastbite, a service that offers fast delivery of quick food items, to its Caviar offering. The new service, which is the result of Square’s recent acquisition of Fastbite, is called Caviar Fastbite, and it promises to deliver affordable meals in under 10 minutes to hungry patrons in downtown San Francisco. Square says plans for expansion of the service are in the works.

To date, Caviar has mostly focused on providing delivery infrastructure to typically upscale restaurants that don’t deliver. That’s nice for an evening at home, but to cash in on the lunch rush it was clear that Caviar needed to up its game. Fastbite competed with a few others, like Spoonrocket and Sprig, two delivery services that focus on speed and affordability, but as a feature of Caviar’s upscale delivery service, it stands to be more robust.

So far, Caviar has partnered with Little Delhi, Il Cane Rosso, and Kisu, among other restaurants in the area, to develop meals starting at $8 that are easy to expedite.

Square is closing the gap between its two main pillars: small business tools and services for restaurants. The company recently rolled out an open tab feature in its Register software, so that bars that use Square don’t have to close out a check after every round. It also has expanded into email marketing and customer management.

Together these tools could help to onboard more restaurants, an industry that Dorsey has been doggedly wooing since Square launched. For instance, savvy restaurants could start sending out newsletters to customers highlighting fast and cheap lunch specials that can be delivered through Caviar.

Because Caviar Fastbite is only launching to a very small area within San Francisco, today’s launch functions mostly as a public service announcement to the food and beverage industry: Square is coming to serve you.