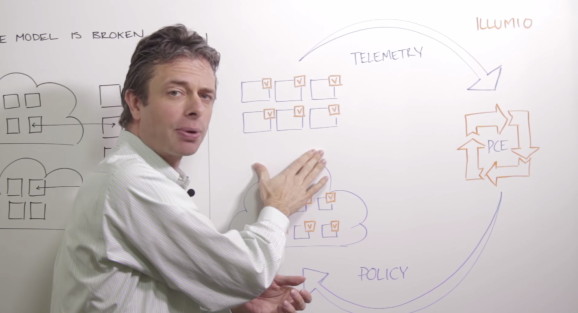 Illumio has devised software for applying policies to applications, workloads, and processes.

Illumio is agnostic to the infrastructure that applications depend on. They can live in on-premises data centers, or public clouds, or both. They can be running inside of virtual machines or trendy Linux containers, or directly on physical servers without any sort of abstraction layer.

In addition to revealing its new funding, today Illumio is announcing that customers can now extend their deployments of the software to load balancers from F5 and Nginx. Additionally, Illumio is introducing a new level of granularity: Admins can set and enforce policies for traffic flows all the way down to specific processes inside of individual workloads in their applications.

Illumio is picking up a sizable funding round as networking vendors become more accepting of the concept that security policies ought to be applied to individual applications and specific parts of them, rather than the data center infrastructure that applications use. Cisco and VMware, among others, have woken up to this way of thinking. Now several well-regarded investors are showing support for Illumio’s approach.

To date Illumio has raised more than $142 million. The startup began in 2013. It’s based in Sunnyvale, California.