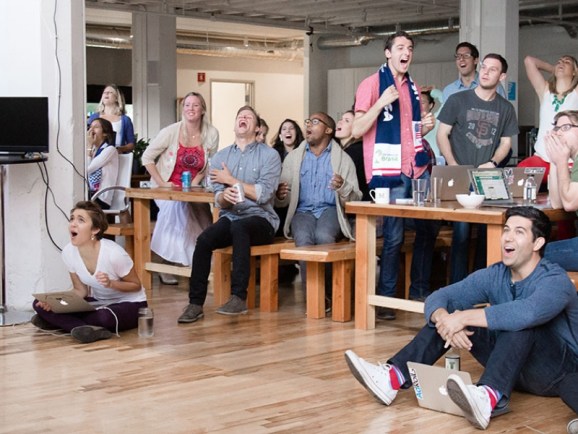 Institutional Venture Partners, a Bay Area venture capital and growth equity firm known for coming into deals once startups have figured out what they want to be, is announcing today a new $1.4 billion fund dubbed IVP XV.

It’s the biggest fund ever for 35-year-old IVP, and it was significantly oversubscribed, according to a statement from the firm.

That’s not surprising given IVP’s track record. The firm has funded many companies that have gone on to hit public markets or get acquired, including Dropcam, Eucalyptus, Marketo, MobileIron, MySQL, Netflix, Twitter, and ZenDesk. Current investments include AppDynamics, Domo, Dropbox, Slack, Snapchat, and Zenefits.

But unlike many of those firms, IVP doesn’t typically dole out small piles of money to lots of startups. It specializes in focused, late-stage deals. Others in that domain that have raised new funds recently include GGV Capital and Meritech Capital Partners.

IVP has offices in San Francisco and Menlo Park, California. The firm intends to keep backing 12 to 15 companies a year, consumer or enterprise, with $10 million to $100 million going to each company, according to today’s statement.